Dozens of fragile patients poured into a clinic in the wrecked Mozambican port city of Beira on Wednesday, as the government said it had confirmed the first five cases of cholera in the wake of deadly Cyclone Idai. 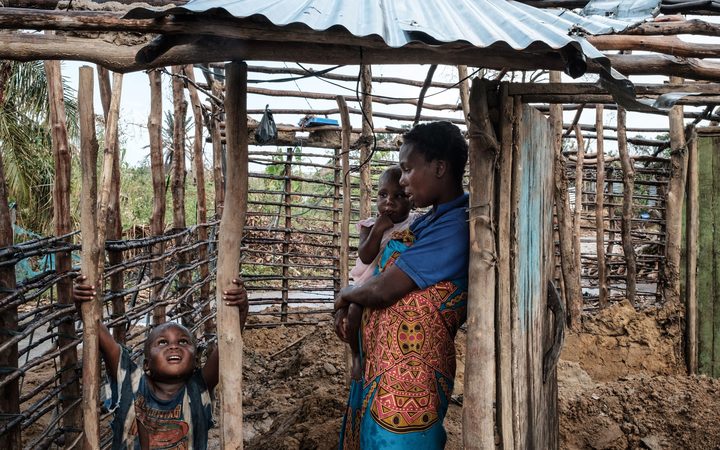 Ines Isaias, 21, takes a shelter from the rain with her children at her home which was destroyed by the winds of cyclone Idai in Beira, Mozambique. Photo: AFP

Thousands of people were trapped for more than a week in submerged villages without access to clean water after the cyclone smashed into Mozambique on 14 March, causing catastrophic flooding. Relief efforts have increasingly focused on containing outbreaks of waterborne and infectious diseases.

In Munhava in central Beira, doctors and nurses at a newly set up treatment centre said they are treating around 140 patients a day for diarrhoea. Many of the patients arrive too weak to walk.

A Reuters reporter saw two men carrying an unconscious woman from a rickshaw into the clinic, trying to cover her naked body with a sheet.

Inside, those too ill to sit lay on concrete benches attached to intravenous drips. Mothers were perched on plastic chairs in the courtyard, trying to get their children to drink rehydration salts from green cups.

"He won't take it," said Marisa Salgado, 22, holding her boy who stared with glazed eyes. 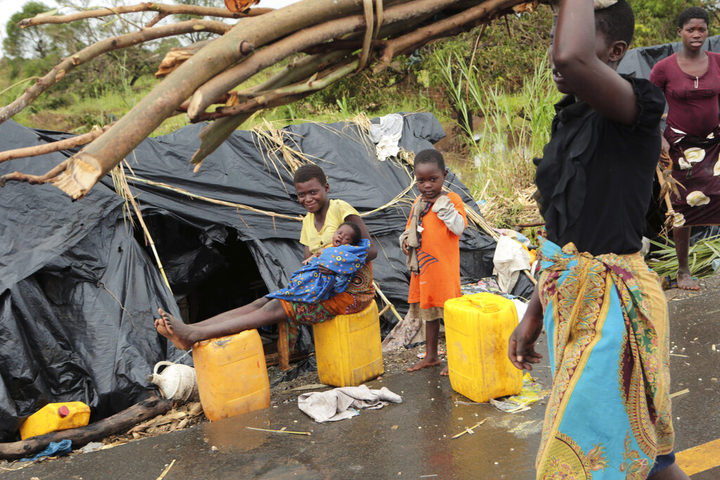 Survivors of Cyclone Idai in a makeshift shelter by the roadside near Nhamatanda about 50 kilometres from Beira. Photo: AP

It was the second time she had been to the clinic this week, Ms Salgado said. Her child's diarrhoea returned as soon as she got home, despite the chlorine solution nurses gave her to purify their water.

Cholera is endemic to Mozambique, which has had regular outbreaks over the past five years. About 2000 people were infected in the last outbreak, which ended in February 2018, according to the World Health Organisation (WHO).

But the scale of the damage to Beira's water and sanitation infrastructure coupled with its dense population have raised fears that an epidemic now would be difficult to put down.

"When you have one case, you have to expect more cases in the community," he told reporters.

Health workers are battling 2700 cases of acute diarrhoea, which could be a symptom of cholera, Mr Isse said.

Such diseases are another threat in the aftermath of Idai, which tore through Mozambique and into neighbouring Zimbabwe and Malawi, killing more than 700 people and displacing hundreds of thousands of others.

Cholera is spread by faeces in sewage-contaminated water or food, and outbreaks can develop quickly in a humanitarian crisis where sanitation systems are disrupted. It can kill within hours if left untreated. 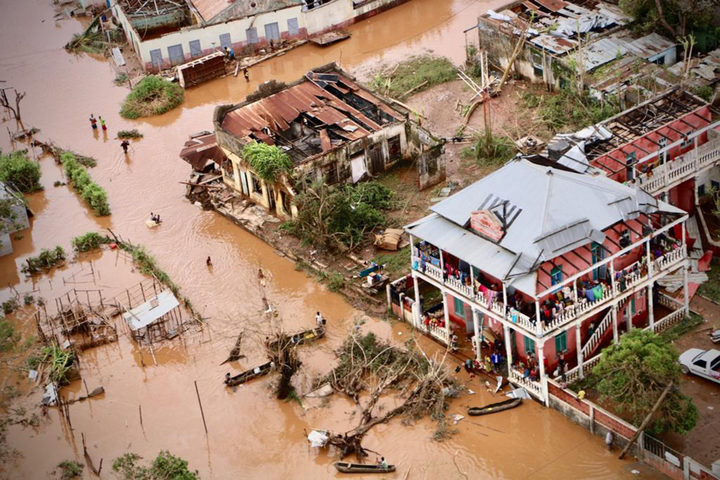 A flooded street in Buzi, central Mozambique, on March 20, 2019 after the passage of the cyclone Idai. Photo: AFP

Lin Lovue, 27, said he had rushed his son to the clinic late on Tuesday after a day of diarrhoea. Within an hour of getting there, the child died.

"The biggest challenge is organisation," said a coordinator at the clinic who did not want to be named.

"The health system was completely broken after the storm and we have to re-establish capacity fast."

Medical charity Medecins Sans Frontieres (MSF), which runs the emergency centre at Munhava, has set up two others in Beira and is providing consultations via mobile clinics in several neighbourhoods.

Outside the clinic, two medics dressed in blue overalls lifted the body of a one-year-old child wrapped in a white bag on to the back of an open-top truck. The father laid his child down on a bamboo mat as someone wrote the baby's name on a wooden cross.

The WHO is sending 900,000 doses of oral cholera vaccine to affected areas from a global stockpile. The shipment is expected to arrive in Mozambique later this week.

For now families, like that of Nelson Vasco, are being given a chlorine solution to purify their water. Three of Vasco's children were discharged on Wednesday after recovering from severe diarrhoea.

Vasco and his wife and mother carried the frail children on their backs as they walked through the mud to reach their two-room house in Goto, a poor community in central Beira.

Their home lost its roof in the storm and although Vasco managed to salvage some of the metal sheeting, the rain still comes in. But the biggest danger right now is the water from the mains supply.

Like most in this community of mud-brick homes, the family do not have running water, instead buying it from a neighbour who does. But they now worry it has been contaminated.

The death toll in Mozambique from Cyclone Idai has risen to 468, Mozambican disaster management official Augusta Maita said. That takes the total number of deaths in Mozambique, Zimbabwe and Malawi to 707 people, with many more missing.