Cyclone Idai has triggered a "massive disaster" in southern Africa affecting hundreds of thousands if not millions of people, the UN says. 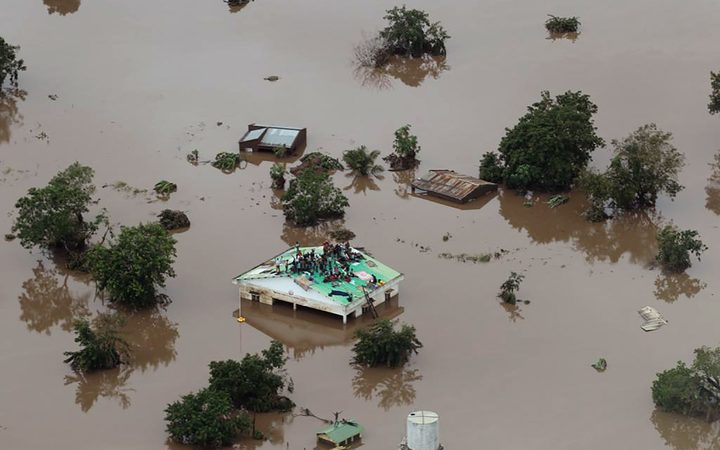 The region has been hit by widespread flooding and devastation affecting Mozambique, Zimbabwe and Malawi.

Mozambique President Filipe Nyusi has called it "a humanitarian disaster of great proportion".

He said more than 1000 people may have been killed after the cyclone hit the country last week.

Cyclone Idai made landfall near the port city of Beira in Sofala province on Thursday with winds of up to 177 km/h.

"We need all the logistical support that we can get," Christian Lindmeier from the UN's World Health Organization said.

Mozambique's government says 84 people have died and 100,000 need to be urgently rescued near Beira.

An aerial survey of the province shows that a 50km stretch of land is under water after the Buzi river burst its banks, charity Save The Children says. 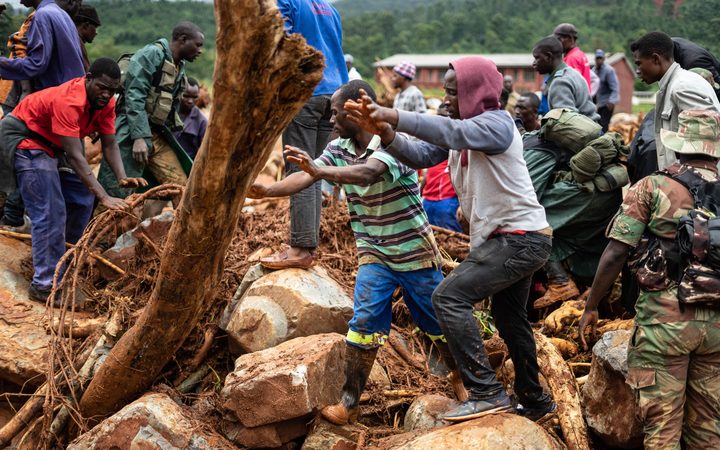 "It's very sad and very complicated, given what we saw when we flew over the area. We saw people besieged and asking for help," Mr Rodrigues told reporters.

"They were on top of their roofs made up of zinc sheets. Others under flood waters. We saw many people. Unfortunately, they are many people.

"We can only imagine that they had been there for more than two or three days, without food and without clean drinking water."

In Zimbabwe, the government says 98 people have been killed and more than 200 are missing.

In the south-eastern town of Chimanimani residents told harrowing stories of how they lost their relatives when the storm hit.

Some rescuers said homes and even bodies were washed away in the rivers to neighbouring Mozambique, the BBC's Shingai Nyoka reports.

"This is shaping up to be one of the worst weather-related disasters ever to hit the southern hemisphere, if the report by [Mozambique's] president and other agencies are confirmed, in terms of the causality toll," Clare Nullis from the UN's weather agency said.

At least 1.7 million people were in the direct path of the cyclone in Mozambique and 920,000 have been affected in Malawi, according to the UN.

In Zimbabwe, at least 20,000 houses have been partially damaged in the south-eastern town of Chipinge, 600 others were destroyed.

Local officials say they are distributing rice and maize from the national food reserve to those displaced.

"This is shaping up to be one of the worst weather-related disasters ever to hit the southern hemisphere, if the report by [Mozambique's] president and other agencies are confirmed, in terms of the causality toll," Clare Nullis from the UN's weather agency told the BBC.

What are the relief teams doing?

In Mozambique, several aid agencies are assisting government efforts in the search and rescue operations and in the distribution of food aid, ReliefWeb reports.

Telecoms Sans Frontiers has sent a team to Beira to help set up communication networks - which has been severely hindered - for humanitarian operations.

Many aid trucks are stuck on the impassable roads and unable to reach their destinations. The conditions have also limited air operations.

The Red Cross has warned there could be an outbreak of waterborne diseases, including cholera, due to the expected contamination of the water supply and disruption of usual water treatment.

A cargo plane carrying emergency supplies is also scheduled to arrive in Mozambique on Tuesday, Sacha Myers, from Save The Children, said.