Former Texas congressman Robert "Beto" O'Rourke has formally announced he is running for president in the 2020 election after months of speculation. 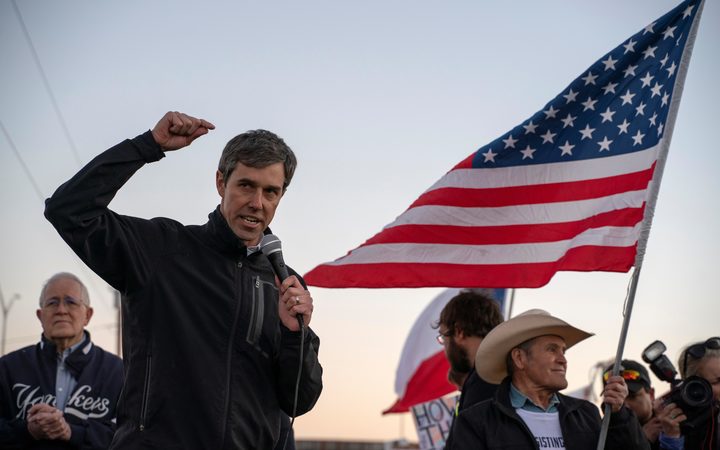 In his campaign video, the Democratic rising star said the US was facing a "defining moment of truth".

Mr O'Rourke, 46, is the 15th Democrat to declare his bid for the White House.

In last year's mid-term election, he ran a tight race against Republican Ted Cruz for his Senate seat, though it proved ultimately unsuccessful.

But he did better than any Democrat in Texas for decades, running a campaign that energised the party nationwide and drew comparisons with former President Barack Obama.

He joins a crowded field of contenders vying for the Democratic nomination, including senators Bernie Sanders, Elizabeth Warren, Kamala Harris and Amy Klobuchar, to name but a few.

Appearing alongside his wife in a campaign launch video, Mr O'Rourke said the challenges facing the economy, American democracy and the climate had never been greater.

"They will either consume us or they will afford us the greatest opportunity to unleash the genius of the United States of America," he said.

I am running to serve you as the next president. The challenges we face are the greatest in living memory. No one person can meet them on their own. Only this country can do that, and only if we build a movement that includes all of us. Say you're in: https://t.co/EKLdkVET2u pic.twitter.com/lainXyvG2n

But Mr O'Rourke's success with younger voters and knack for viral moments could change that.

On Thursday, the Texas Democrat began his campaign with a three-day trip to Iowa.

"Well I think he's got a lot of hand movement," said the Republican president at the White House.

"I've never seen so much hand movement. I said, 'Is he crazy or is that just the way he acts?'"

Asked which potential Democratic rival he feared most, Mr Trump said: "Whoever it is, I'll take them all."

Who is Beto O'Rourke?

He represented Texas' 16th congressional district for three terms before running unsuccessfully last year for the US Senate. 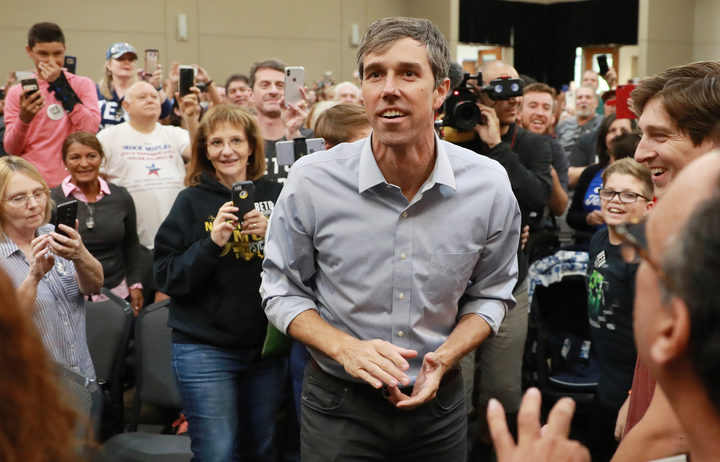 Mr O'Rourke lives with his wife, Amy Hoover Sanders, and three children in El Paso. He has an estimated net worth of nearly $US9 million ($NZ13m).

His first name is actually Robert, but he is known by his nickname Beto - a common contraction of Roberto, which he says he picked up as a child in El Paso.

He is a former punk rock musician and a fluent Spanish speaker with Irish roots.

He also travelled to all of Texas' 254 counties, documenting the journey on social media.

Mr O'Rourke embarked on a road trip across the south-western US, which he documented in a blog.

"Have been stuck lately. In and out of a funk," the former congressman wrote. "Maybe if I get moving, on the road, meet people, learn about what's going on... I'll clear my head."

Several parody accounts appeared online mocking the posts. Even supporters questioned why Mr O'Rourke was on the road while other Democratic contenders were assembling staff and funding.

But the premiere of a documentary about his Senate run, Running With Beto, at South by Southwest festival this month earned a standing ovation.