Australia has experienced its hottest summer on record, according to the nation's Bureau of Meteorology. 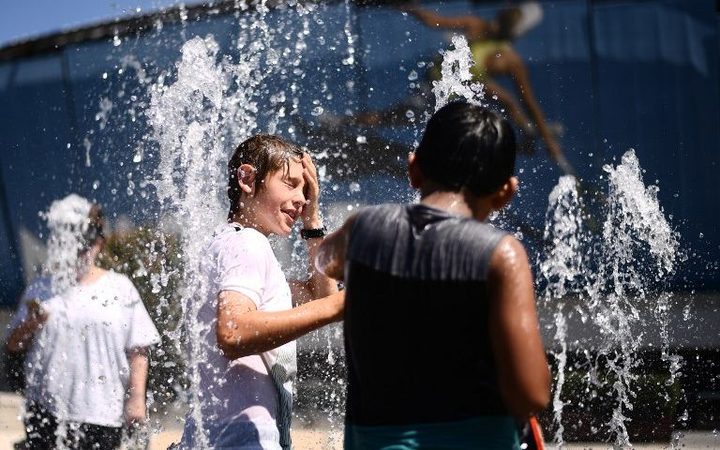 Children play in a fountain as they cool down from the heat in Melbourne. Photo: AFP

Hundreds of individual heat records were shattered across the country over the past three months.

The warm weather - 2.14C above the long-term average - caused bushfires, blackouts and a rise in hospital admissions.

"The real standout was just how widespread and prolonged each heatwave was - almost everywhere was affected," climatologist Blair Trewin told the BBC.

Temperatures had exceeded the previous hottest summer in 2012-13 by nearly 1C, he added - "a very large margin for a national record".

The long-term average summer temperature in Australia is considered to be 27.5C, the bureau said in a statement on Friday.

How severe was it?

Australia experienced at least five of its warmest days on record in January - the nation's hottest month ever.

Every state and territory was affected, but South Australia, Victoria and New South Wales bore the brunt of the extreme temperatures.

"This was definitely outside what is normal conditions for this decade - it was a very unusual summer," said Mr Trewin.

How is climate change affecting Australia?

A pattern of warmer seasons is "consistent with observed climate change", said the bureau.

Officials have confirmed that 2018 and 2017 were Australia's third and fourth-hottest years on record respectively.

The bureau's State of the Climate 2018 report said climate change had led to an increase in extreme heat events and increased the severity of other natural disasters, such as drought.

Parts of eastern Australia continue to suffer through their worst drought in recent history.

Even if global temperatures are contained to the Paris accord limit of a 2C rise above pre-industrial levels, scientists believe the country is facing a dangerous new normal.