The Chinese foreign ministry has told reporters China is ready to work with New Zealand on new progress for bilateral relations. 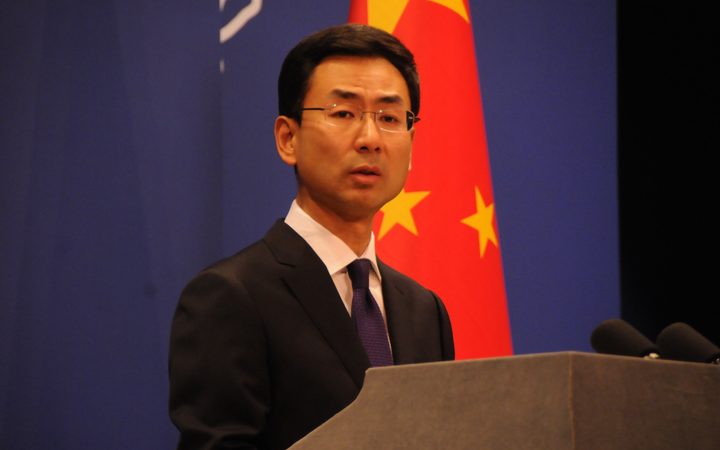 A Foreign Ministry spokesperson, Geng Shuang, addressed reporters during a press conference and was asked about the relationship between the two countries.

A Chinese state-run newspaper has reported some travellers are avoiding New Zealand, and Auckland's Chinese consulate is warning tourists about robberies and visa difficulties in this country.

In a written transcript of the press conference Mr Shuang said he did not comment on remarks by the press and added: "You should know that we, not a Chinese newspaper, represent the official position of the Chinese government."

He says he doesn't think warning notices issued since December, the most recently regarding the Tasman fires, could be interpreted as a warning against Chinese travelling to New Zealand.

"Those insisting on such an interpretation are evidently either making a big fuss over nothing or harboring ulterior motives," the transcript quoted him as saying.

"On bilateral relations, a China-New Zealand relationship enjoying sound and steady development is in the interest of both countries and peoples."