A New Zealand seafood exporter has struck problems in getting its produce into China, in what could be a sign of increasing tension. 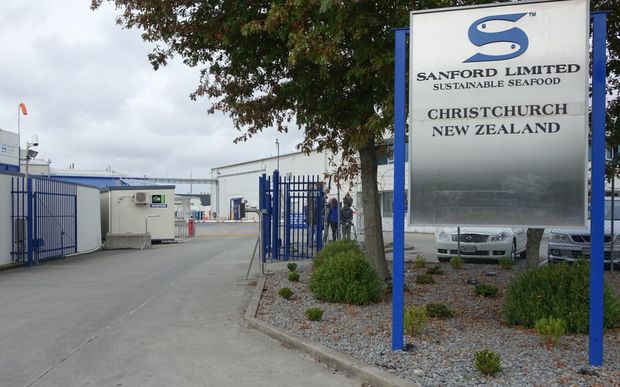 Sanford chief customer officer Andre Gargiulo said several of its fresh salmon shipments had faced delays in being cleared through Chinese ports over the past month.

"We have recently faced administrative issues with our salmon exports to China, which have caused delays getting shipments cleared through Chinese ports," he said.

"We have not been given a reason for this by local authorities."

RNZ Business understands other seafood exporters have faced similar issues with exports into China, however spokespeople for seafood companies Sealord and Moana New Zealand said they had not been affected.

Trade officials close to the issue, who did not want to be named, said New Zealand exporters often faced problems entering China, and the recent problems could be business as usual.

The Ministry of Foreign Affairs and Trade and New Zealand Trade and Enterprise have been contacted for comment.

The delays come as relations between New Zealand its biggest trade partner have been tested because of the ban on the Chinese telecommunications company Huawei's involvement in building a high speed mobile network for Spark.

The postponement of a Chinese tourism event in Wellington this week, and the aborted flight of an Air New Zealand plane to Shanghai have been linked to a Chinese backlash against the Huawei ban.

A Chinese newspaper, known to be a government mouthpiece, has suggested Chinese tourists are striking New Zealand off their travel lists.

China's Auckland consulate has been issuing notices warning the country's tourists of problems in New Zealand, such as robberies, a lack of police help and people with valid visas being refused entry.

A Fonterra spokesman said it had not faced issues getting its exports into China, and it was not concerned about New Zealand's relationship with its largest trading partner.

"While of course we always keep a close watching brief on international trade developments, we have no cause for concern in China and aren't experiencing any conditions in our export relationship which are out of the ordinary."