US-backed fighters in Syria say they are meeting fierce resistance in the last enclave held by Islamic State militants near the Iraqi border. 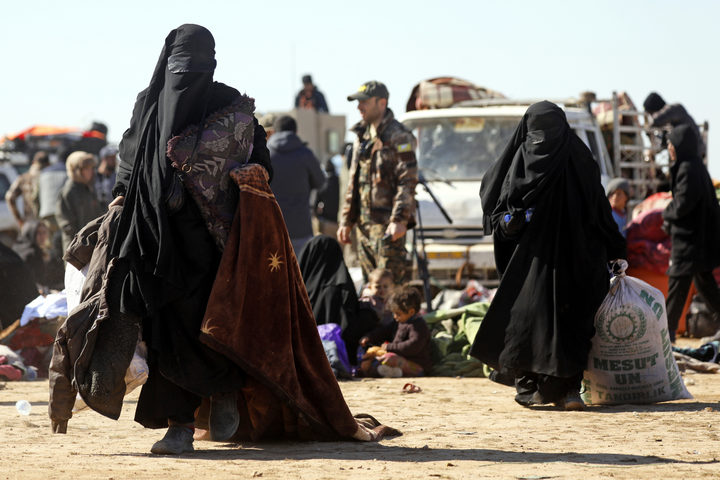 A battle has been going on for hours, with US-led coalition air strikes and artillery fire pounding Islamic State (IS) positions.

Up to 600 jihadists are thought to be defending their last stronghold, a small pocket in Syria's eastern province of Deir al-Zour.

Two years ago IS controlled large areas of Syria and Iraq.

On Saturday, after a pause of more than a week to allow some 20,000 civilians to leave the area, SDF spokesman Mustafa Bali said the group was launching the "final battle to crush IS". Some civilians are believed to be still in the area.

An SDF field commander told AFP news agency on Sunday morning: "There are heavy clashes at the moment. We have launched an assault and the fighters are advancing."

Monitors the Syrian Observatory for Human Rights said the SDF were advancing across farmland, and there were heavy clashes and landmines going off.

Backed by air strikes, the SDF have driven out IS from towns and villages in north-eastern Syria in recent months.

At its peak in 2014, IS established a "caliphate" stretching across Syria and Iraq that was similar in size to the UK and ruled over more than 7.7 million people.

In December, US President Donald Trump said IS militants were "mostly gone" and announced the US would withdraw all of its 2,000 troops from Syria.

On Wednesday he said: "It should be announced, probably some time next week, that we will have 100 percent of the caliphate."

IS has suffered substantial losses, but the UN says it still reportedly controls between 14,000 and 18,000 militants in Iraq and Syria, including up to 3,000 foreigners.

Meanwhile, there are significant numbers of IS-affiliated militants in Afghanistan, Egypt, Libya, South-East Asia and West Africa, and to a lesser extent in Somalia, Yemen, Sinai and the Sahel.

Individuals inspired by the group's ideology also continue to carry out attacks elsewhere.