Iran's capital city has banned the public from walking pet dogs, as part of a long-standing official campaign to discourage dog-ownership. 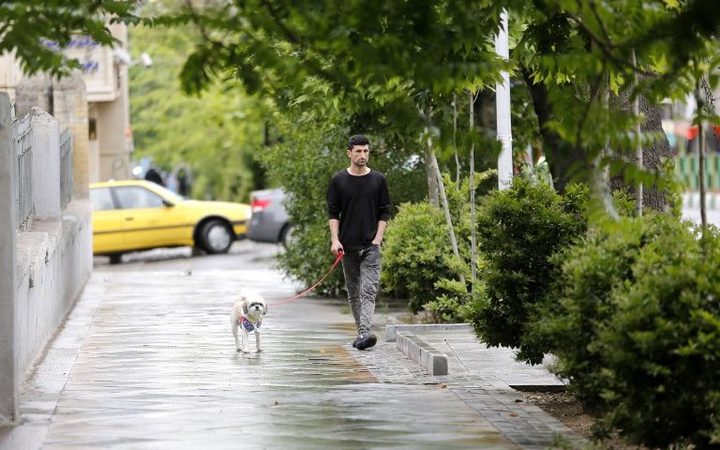 A man walking his dog in Tehran. Photo: AFP

Tehran Police chief Hossein Rahimi said they had received permission from the Tehran Prosecutor's Office, and "will take measures against people walking dogs in public spaces, such as parks".

He told the Young Journalists Club news agency that the ban was due to dogs "creating fear and anxiety" among members of the public.

Brigadier-General Rahimi added that driving with a dog in your car was also banned.

"It is forbidden to drive dogs around in cars and, if this is observed, serious police action will be taken against the car-owners in question," he told the agency, which was set up by Iran's state broadcaster to train young journalists.

Owning dogs as pets, and walking them in public, has been contentious ever since the 1979 Islamic Revolution in Iran, and owners have sometimes had their dogs confiscated.

Dogs are viewed as "unclean" by Iran's Islamic authorities, who also regard dog-ownership as a symbol of the pro-Western policy of the ousted monarchy.

The Ministry of Culture and Islamic Guidance banned the media from publishing any advertisements for pets or pet-related products back in 2010, and there was a push in parliament five years ago to fine and even flog dog-walkers.

The latest anti-dog drive has not created great waves on social media, although one Twitter user asked whether the people of Tehran will be forced to ride camels next.