The Australian government is investigating reports a Chinese-Australian writer is missing in China. 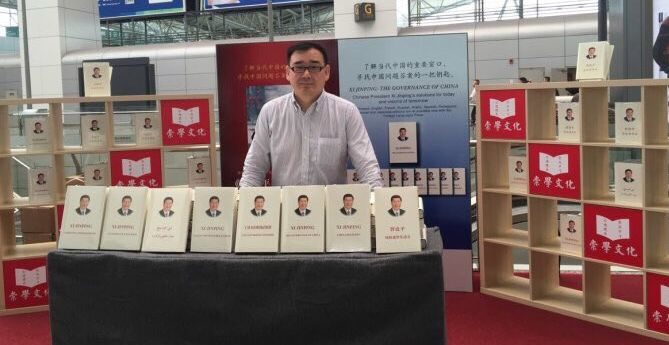 The Australian government is trying to locate Chinese-Australian writer Yang Hengjun, who was believed to be travelling in China. Photo: Twitter/@yanghengjun

Yang Hengjun, a blogger and former Chinese diplomat, has not been heard from since flying from New York to Guangzhou on Saturday, a friend said.

Chinese officials have not yet commented.

In response to a query about Mr Yang, Australia's Department of Foreign Affairs and Trade said it was "seeking information about an Australian citizen who has been reported missing in China".

Mr Yang is believed to have been travelling with his wife, Yuan Rui Juan, and young stepson.

A social media post by Ms Yuan appeared to show that she was in Beijing, Australian media reported, but her exact whereabouts were unclear.

Mr Yang, an Australian citizen who now lives in the United States, has a sizeable following online and has been critical of China's Communist Party.

He was briefly unreachable on a trip to China in 2011 - prompting fears he was missing - but later attributed the episode to a "misunderstanding".

Associate Professor Feng, an academic at University of Technology Sydney, said he had warned Mr Yang recently against travelling to China, but that Mr Yang had replied that he considered himself to be safe.

"His friends, family, myself - we have been trying to contact him and her these past four days and we all [failed]," Associate Prof Feng told the BBC.

He raised the prospect of Mr Yang's case following China's detention of two Canadian citizens, Michael Kovrig and Michael Spavor, in recent weeks. Earlier this month Canadian Lloyd Schellenberg, was sentenced to death after he was convicted of drug smuggling.

Australia has previously expressed "concern" about the arrests of Mr Kovrig and Mr Spavor.