Hundreds of protesters against US President Donald Trump's Supreme Court nominee have been arrested in Washington as the pick inched closer to winning confirmation. 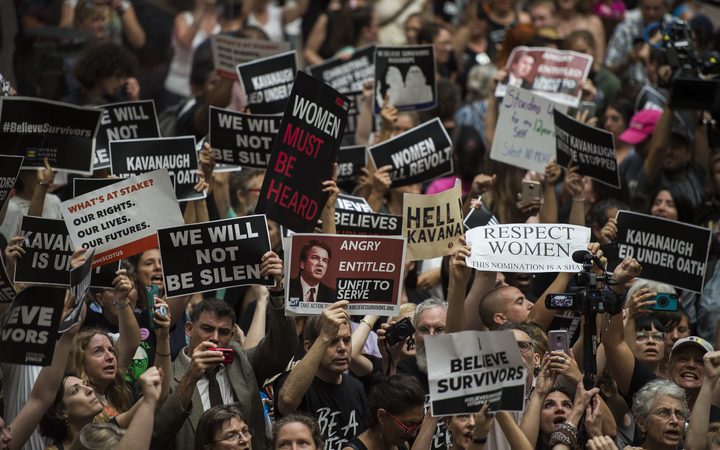 But Democrats said the five-day inquiry was "incomplete" because it was limited by the White House.

The Senate will hold a procedural vote on the nominee on Friday.

The likelihood of Judge Kavanaugh winning a full Senate vote appeared to increase on Thursday after two Republicans whose votes will be essential gave a positive account of the FBI inquiry.

If confirmed to the lifetime position on America's highest court, the 53-year-old is expected to help conservatives dominate the nine-member panel, which has the final say on issues such as abortion, gun control and voting rules. 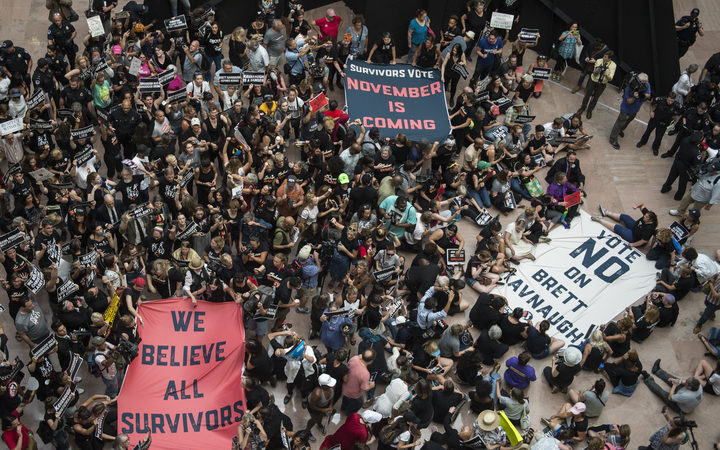 Thousands of mainly female demonstrators marched on Thursday through the nation's capital, starting at the appeals court where Judge Kavanaugh currently presides.

They converged on Capitol Hill and held a rally outside the Supreme Court, chanting: "Kavanaugh has got to go!"

Police rounded the protesters up in a Senate office building after they sat down and refused to budge.

They said 302 people were detained in total, with comedian Amy Schumer and model Emily Ratajkowski reportedly among those arrested.

US Capitol Police kept demonstrators at bay by forming a protective barrier around lawmakers walking through corridors.

Some activists unfurled banners saying they believed the woman who alleges Judge Kavanaugh assaulted her when they were teenagers. Others held signs that read: "Kava-Nope."

There was another protest in front of Trump Tower in New York City. 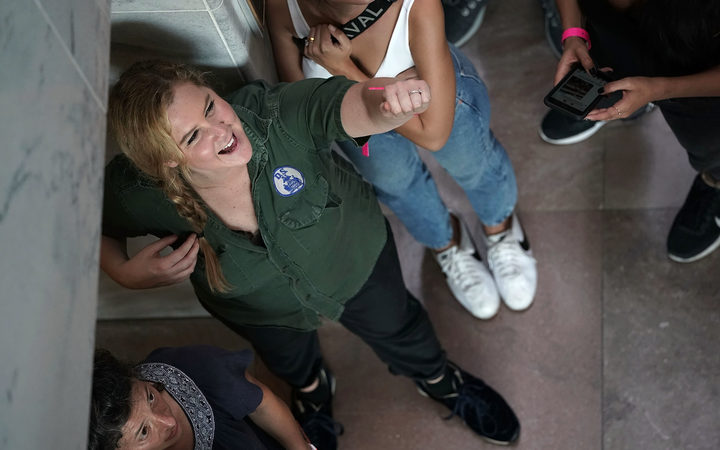 Comedian Amy Schumer waits to be led away after she was arrested during a protest against the confirmation of Supreme Court nominee Judge Brett Kavanaugh. Photo: AFP

President Trump and his fellow Republicans declared the FBI report had cleared their nominee, as they sounded increasingly confident Judge Kavanaugh would win confirmation.

Senators said the FBI had spoken to five witnesses connected to accusations by Christine Blasey Ford, who alleges a drunken Brett Kavanaugh pinned her down, tried to remove her clothing and covered her mouth when she tried to scream at a house in 1982.

Federal agents are also said to have spoken to four other witnesses involving a separate accusation by Deborah Ramirez, who claims the nominee exposed himself to her when they were both were at Yale University. He denies both allegations.

But Democratic Senator Dianne Feinstein said the FBI report was "the product of an incomplete investigation", saying key corroborating witnesses had been snubbed. Another Democratic Senator, Richard Blumenthal, told reporters it was a "whitewash". 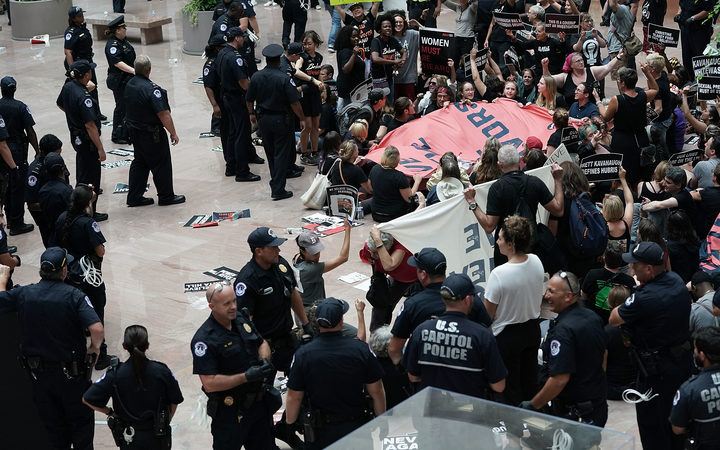 Members of US Capitol Police arrest demonstrators during a protest against the confirmation of Supreme Court nominee Judge Brett Kavanaugh. Photo: AFP

One Republican Senator, John Cornyn, raised eyebrows by telling his party this was "our Atticus Finch moment", a reference to the lawyer in classic novel To Kill A Mockingbird who refutes a false rape allegation.

Given that Republicans have a razor-thin 51-49 margin of control in the Senate, the party can potentially only afford one defection if it wants the confirm Judge Kavanaugh to the Supreme Court.

His nomination has been at the mercy of five wavering senators from both parties, but two of those responded positively to the FBI report.

Senator Susan Collins, a moderate Republican from Maine, said it was "a very thorough investigation". 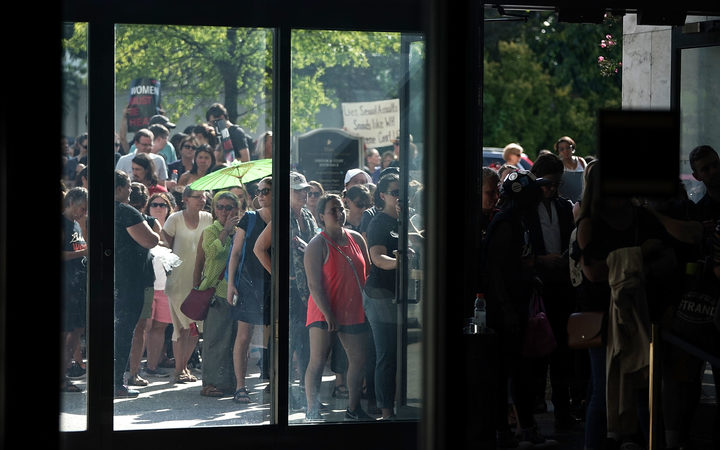 A previously undecided Democratic Senator, Heidi Heitkamp, said she would vote against Judge Kavanaugh, citing "concerns about his past conduct".

Senator Joe Manchin, the only remaining undecided Democrat, said he would finish reading the report on Friday morning.

Judge Kavanaugh, meanwhile, expressed regret for his angry testimony before the Senate Judiciary Committee a week ago.

"I know that my tone was sharp, and I said a few things I should not have said," he wrote in a Wall Street Journal editorial.