Opinion - There might be some truth behind US President Donald Trump's claim that it's a "scary time for young men", but not in the way he thinks. 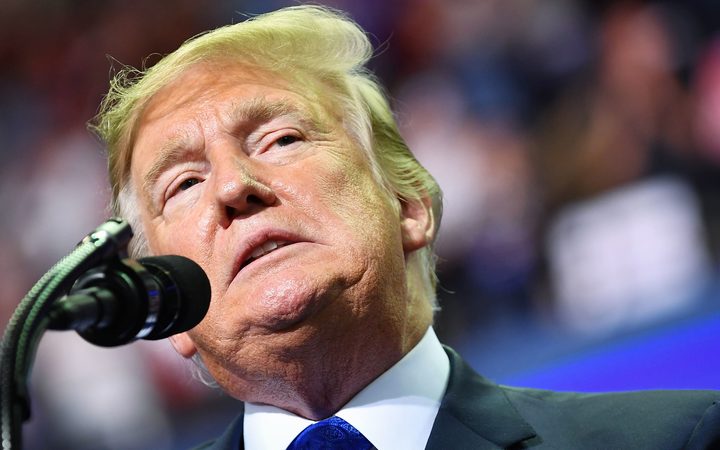 Mr Trump's assertion that it's a "scary time for young men in America" because "you can be guilty of something that you may not be guilty of" comes as his nominee for the supreme court, Brett Kavanaugh, faces several allegations of sexual misconduct.

According to the National Registry of Exonerations in the US, there are only 52 cases where men convicted of sexual assault were exonerated because it turned out they were falsely accused. Meanwhile, it's estimated 1 in 6 American women will experience rape or attempted rape in their lifetime. Welcome to the scary party, young men - it might be a scary time for you now but, as someone on Twitter said, it's been a scary millennium for women.

Mr Trump is using abstract fear here, tapping into a vein of anxiety about a disruption to a comfortable, ordered way of life. A way of life where boys could be boys and men could be men. Where women knew their place and a slap on the bum wasn't 'unwanted sexual touching'. Where white men held all the power and women weren't making runs at the White House.

This resonates with his supporters because, in the face of rapid societal change (and that is what we're experiencing), your options are to embrace the unknown or retreat to the safety of the past.

Please don't burn my feminist card for saying this, but I have some genuine empathy for this position. In this instance, Mr Trump is somewhat right - it is a scary time to be a young man but not for the reasons he suggests.

It's been 69 years since Simone de Beauvoir's The Second Sex was published, heralding the beginning of Second Wave feminism. The term feminism was first used in 1839. If we accept that modern humans arose in Africa about 200,000 years ago, and reached behavioural modernity about 50,000 years ago, 0.003 percent of modern human time has been spent living with the radical notion of equality of the sexes.

That's not to say there haven't been matriarchal societies, but we've spent more time living with electricity and the motorcar than we have with the ideas of second wave feminism.

The roles men and women play in modern western societies have changed at a rapid pace. Where once men had a sure sense of their identity as the breadwinner and head of the family, women now work and sometimes earn more than men do.

Where sex was just something men did to women, with or without consent, it's now something women insist on enjoying and being an equal party to. Where once men could largely ignore domestic and child-rearing obligations, they are now expected to play a role at home, or even stay there while women go to work.

Let me be clear, this is all a good thing, a great thing, a necessary thing, and plenty of men are wholly comfortable with it. But that change has happened at a rapid rate and I worry that men don't know how to talk about it without fear. Those who do talk about it often dwell on the past, reverting to values and mores that are fast fading.

It's really hard to be empathetic about all this when women are only just gaining some space to make their fears, rightful anger, and desire for change acknowledged. But somewhere in there, I think we have to make some space to acknowledge that many men are full of fear too. That fear might not be justified and it's hard for many women, myself included, to see it as anything other than entitlement and privilege, but it is fear nonetheless.

It's a scary time for young men, not because they might be held accountable for their actions, but because their fear is being weaponised for political gain, encouraged by those who gain the most from division and hate. Acknowledging that might just be the first step in diffusing its power.