Christine Blasey Ford said she was "100 percent certain" that Brett Kavanaugh, US president Donald Trump's Supreme Court nominee, sexually assaulted her when they were teenagers.

Some readers may find parts of this story disturbing. 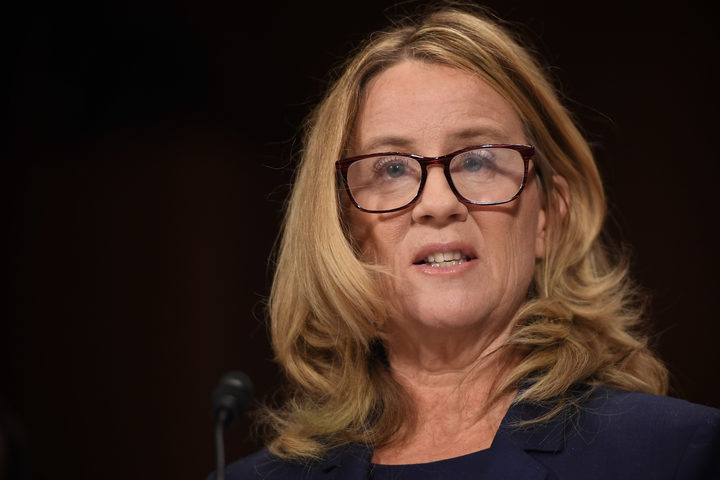 The university professor told the Senate Judiciary Committee that during the alleged incident she thought Mr Kavanaugh was going to rape her and perhaps accidentally kill her.

"With what degree of certainty do you believe Brett Kavanaugh assaulted you?" Democratic Senator Richard Durbin asked.

"One hundred percent," she replied, remaining firm and unruffled through hours of testimony including under questioning by a sex crimes prosecutor hired by the committee's Republicans.

Some Republicans and US President Donald Trump have called the allegations by Dr Ford and two other women against Mr Kavanaugh part of a smear campaign. Dr Ford told the committee, "I am an independent person and I am no pawn."

"I am here today not because I want to be. I am terrified. I am here because I believe it is my civic duty to tell you what happened to me while Brett Kavanaugh and I were in high school," Dr Ford said, reading from her prepared testimony, her voice breaking with emotion.

Brett Kavanaugh denies the incident. Two other women, Deborah Ramirez and Julie Swetnick, have also accused Me Kavanaugh of sexual misconduct in the 1980s as well. He has denied all the allegations. 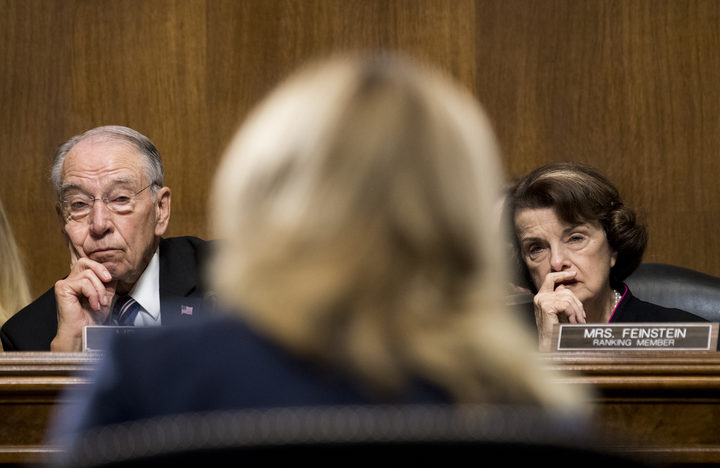 Dr Ford, a psychology professor at Palo Alto University in California, said a drunken Mr Kavanaugh attacked her and tried to remove her clothing at a gathering of teenagers in Maryland when he was 17 years old and she was 15 in 1982.

Dr Ford said "absolutely not" when Democratic Senator Dianne Feinstein asked her if it could be a case of mistaken identity, as Mr Kavanaugh has suggested.

"Brett groped me and tried to take off my clothes. He had a hard time because he was very inebriated and because I was wearing a one-piece bathing suit under my clothing. I believed he was going to rape me. I tried to yell for help," Ford said, adding that Kavanaugh and a friend of his were "drunkenly laughing during the attack."

Dr Ford said that when she tried to yell out, he put his hand over her mouth. She said she was able to escape when Kavanaugh and another boy she said was in the room fell off the bed.

Falling back on her own professional expertise, Dr Ford fended off Ms Mitchell's questions about her memories by explaining the biological underpinnings of memory formation and what factors can prompt anxiety.

"I am innocent of this charge," he told the Judiciary Committee.

Calling himself a victim of "grotesque and obvious character assassination," Kavanaugh, speaking passionately, said he "unequivocally and categorically" denied the accusations.

"I will not be intimidated into withdrawing from this process," he added. 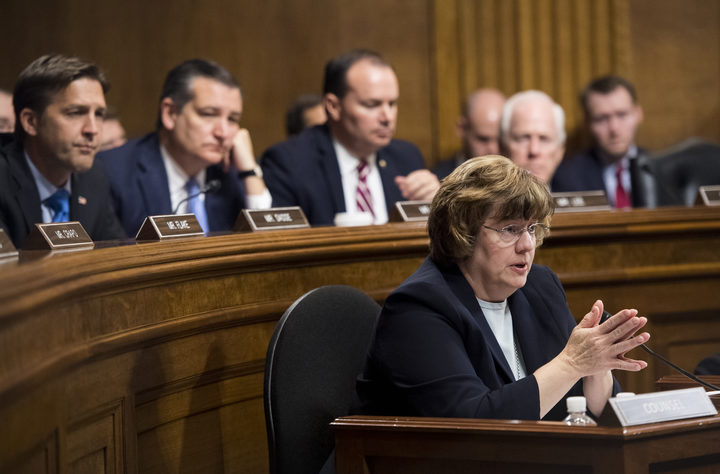 The all-male Republican majority on the Senate Judiciary Committee hired Rachel Mitchell, a sex crimes prosecutor, to question Dr Ford. Democratic senators are set to ask their own questions.

Ms Mitchell opened her questioning by sympathising with Dr Ford. "The first thing that struck me from your statement this morning was that you are terrified. And I just wanted to let you know, I'm very sorry. That's not right."

Republican Chuck Grassley, the chairman of the committee, said at the opening of the hearing that he wanted it to be "safe comfortable and dignified for both of our witnesses." He decried the "media circus" around the allegations and said the nominee and Ms Ford had been through a terrible couple of weeks since Ford leveled her accusation.

Senator Dianne Feinstein, the top Democrat on the committee, said in her opening statement that sexual violence was a serious problem in the United States "and one that goes largely unseen."

Under questioning by Senator Feinstein, Ms Ford said she had suffered from claustrophobia and anxiety as a result of her experience and initially struggled when at college.

Supreme Court appointments must be confirmed by the Senate, and Mr Trump's fellow Republicans control the chamber by a narrow 51-49 margin. That means that a handful of moderate Republican senators who have not announced whether or not they support Mr Kavanaugh could determine his fate. Committee member Jeff Flake is among these.

The committee could vote on Mr Kavanaugh's confirmation on Friday, with a final Senate vote early next week.