At least two people have died after a massive storm brought destruction to the northern Philippines. 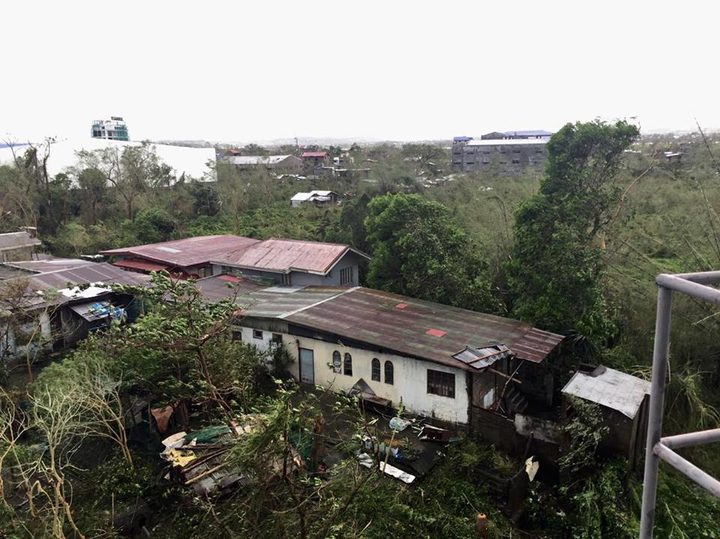 Typhoon Mangkhut ripped through the Philippines' main island of Luzon, and is now moving west towards China.

Almost all buildings in the city of Tuguegarao sustained some damage, a government official said, and communications were down in places.

However, there were no immediate reports of injuries or deaths.

More than 4 million people are directly in the path of the storm, with sustained winds of 185km/h.

Thousands were evacuated amid warnings of 6m storm surges.

In the first confirmed deaths, police found the bodies of two women killed in a landslide in the city of Bangio. Officials say the death toll will rise.

The deadliest storm on record in the Philippines was Super Typhoon Haiyan in 2013, which killed more than 7000.

The typhoon made landfall at Baggao, in the north-east of the Philippines, at about 1.40am local time on Saturday.

After losing some of its wind speed over land, it was downgraded from a Super Tycoon and is now travelling with wind speeds equivalent to a category four hurricane.

The storm - known locally as Ompong - has a cloud diameter of about 900km and is heading west at about 30km/h.

The World Meteorological Organisation billed the storm as the strongest tropical cyclone the world has faced so far this year.

The typhoon is forecast to pass through Hong Kong on Sunday afternoon.

Authorities there have urged residents to stay indoors when the storm approaches, and weather experts say it may be the strongest tropical storm to hit the territory in decades.

The typhoon is expected to weaken into a tropical depression by Tuesday.

How prepared is the country?

Authorities in the Philippines have said they were better prepared for the storm than in previous years.

Warnings have been issued in dozens of provinces, and sea and air travel has been restricted. 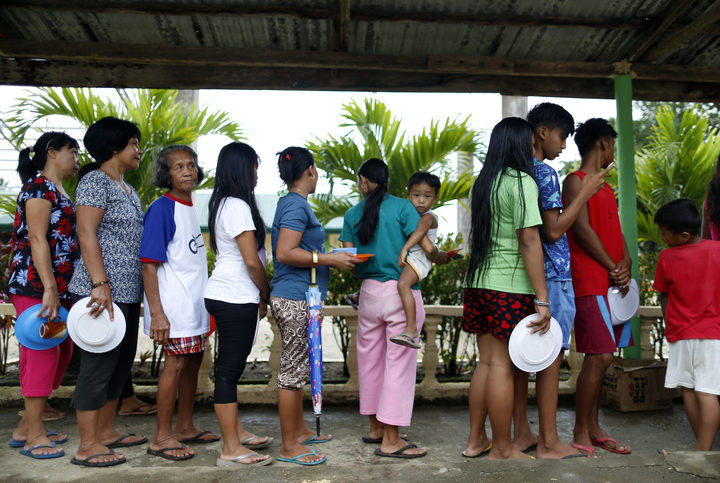 Mothers along with their children wait to get food at the school turned evacuation centre in Pancian village in Pagudpud town of Ilocos Norte Province. Photo: Supplied / Oxfam

Flights have been cancelled, schools shut and the army is on standby.

The authorities have also warned that heavy rains could trigger landslides and flash floods.

"We are really frightened," Delaila Pasion, who had fled her home, told AFP news agency. "They say it is so strong, we were too scared to remain."

"During previous monsoon rains, half of our house was destroyed so I wanted to take my grandchildren to safety," she told journalists.

The Philippines is routinely hit during the typhoon season.

In China, where the storm is predicted to hit late on Sunday or early on Monday, the authorities have raised storm alerts to "yellow", which is the second level on the four-tier warning system.

High-speed rail services have been cancelled in parts of the south, local media report.