Thousands of people have begun evacuating from coastal areas of the Philippines as a super typhoon heads towards the country. 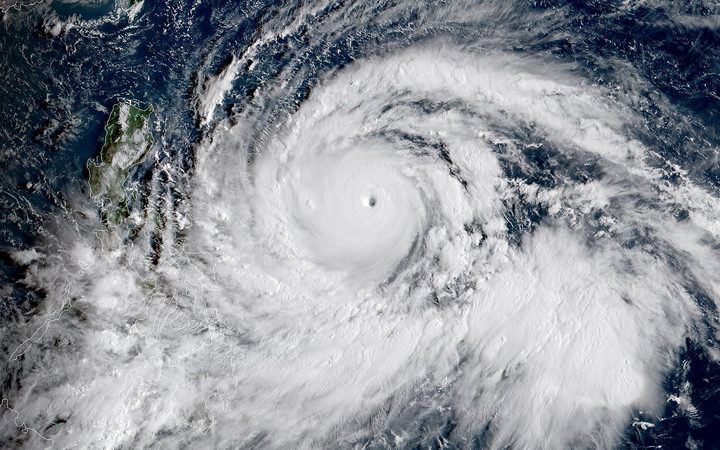 Millions of people are at risk from a strong typhoon set to smash into the northern Philippines this weekend which could bring floods, landslides and huge waves to the disaster-prone nation, rescue workers. Photo: AFP

As the super typhoon bears down on the Philippines, another huge storm, Hurricane Florence, is closing in on the US East Coast.

Typhoon Mangkhut, which is currently a Category 4 hurricane, is due to make landfall on the northern tip of the main island of Luzon by Saturday.

Schools and offices are being closed and farmers are racing to save crops.

Ten million people are in the path of the storm, along with millions more in coastal areas of southern China.

The Philippines is hit by about 20 typhoons and storms a year. Forecasters say Mangkhut is the strongest so far in 2018. It is 900km in diameter with sustained winds of at least 209 km/h.

The storm, which was earlier packing winds of 255km/h (160mph) as a Category 5, has already blasted through the Northern Mariana Islands and Guam. 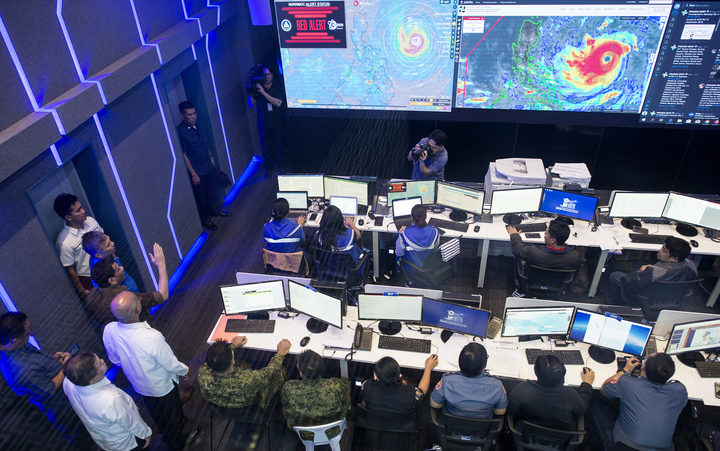 A super typhoon roared toward the Philippines on September 13, prompting thousands to evacuate ahead of its heavy rains and fierce winds that are set to strike at the weekend before moving on to China. Photo: AFP

Authorities in the Philippines say they expect storm surges of up to 7m and warn that heavy rains could trigger landslides and flash floods.

"We are really frightened," said Delaila Pasion, who has fled her home. "They say it is so strong, we were too scared to remain."

"During previous monsoon rains, half of our house was destroyed so I wanted to take my grandchildren to safety," she told journalists.

The country's deadliest storm on record is super typhoon Haiyan, which killed more than 7,000 people and affected millions in 2013.

In Hong Kong preparations are already under way for the storm, though the latest forecasts suggest Mangkhut will pass to the south of the territory later in the weekend.