The hurricane which is on track to be the first Category 4 storm to make a direct hit on North Carolina in six decades is howling closer to shore. 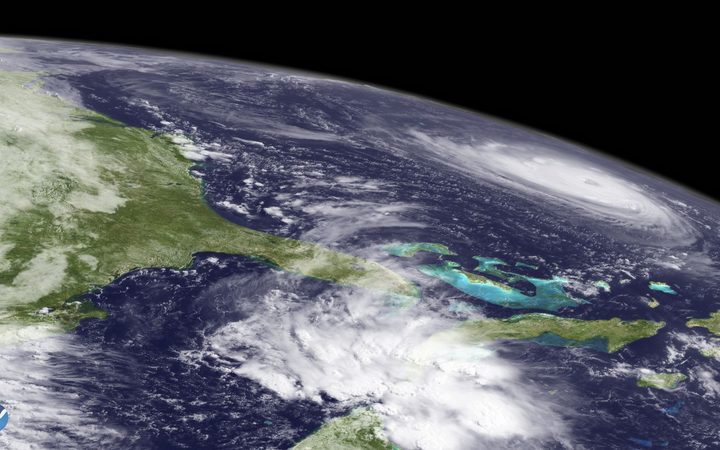 Fierce winds and massive waves are expected to lash the coasts of North and South Carolina and Virginia even before Florence makes landfall by early Friday, bringing a storm surge as much as four metres, the National Hurricane Center in Miami has warned.

Catastrophic floods could follow if the storm stalls inland, it said.

Although Florence was still days from arrival, authorities took extraordinary measures to move people out of harm's way. More than 1 million residents have been ordered to evacuate from the coastline of the three states, while university campuses, schools and factories were being shuttered.

The US Coast Guard closed ports in Wilmington and Morehead City, North Carolina and Hampton Roads, Virginia to inbound vessels greater than 500 tonnes and was requiring vessels of that size to leave if they did not have permission to be in the ports.

Packing maximum sustained winds of 225 km per hour, the storm ranked as a Category 4 on the five-step Saffir-Simpson hurricane scale and was expected to grow stronger and larger over the next few days, the NHC said.

"This storm is a monster," North Carolina Governor Roy Cooper said. "Even if you've ridden out storms before, this one is different. Don't bet your life on riding out a monster."

He cited forecasts showing Florence was likely to stall over North Carolina, "bringing days and days of rain." 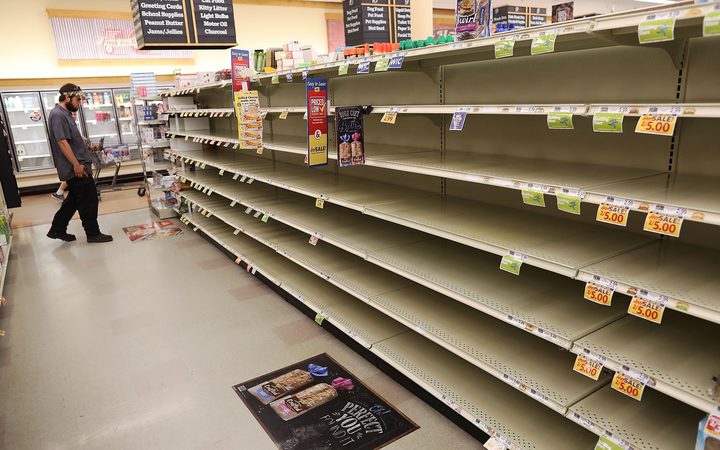 A store's bread shelves are bare as people stock up on food ahead of the arrival of Hurricane Florence. Photo: AFP

To hasten evacuations from coastal South Carolina, officials reversed the flow of traffic on some highways so all major roads led away from shore.

Kathleen O'Neal, a resident of Ocracoke Island in North Carolina's Barrier Islands, said she, her husband and son would ride out the storm. "A lot of local people are staying," she said of the island, which is reachable only by ferry or plane.

Maps of Florence's trajectory showed its center most likely to strike the southern coast of North Carolina. The last Category 4 hurricane to plow directly into North Carolina was Hazel in 1954, a devastating storm that killed 19 people and destroyed some 15,000 homes.

NHC forecasts showed the effects of Florence would be widely felt, with tropical storm-force winds extending nearly 300 miles across three states. A hurricane warning was posted for most of the Carolina coast north to the Virginia border.

In addition to wind-driven storm surges of seawater, Florence could dump up to 89 cm in some spots as it moves inland, forecasters said. 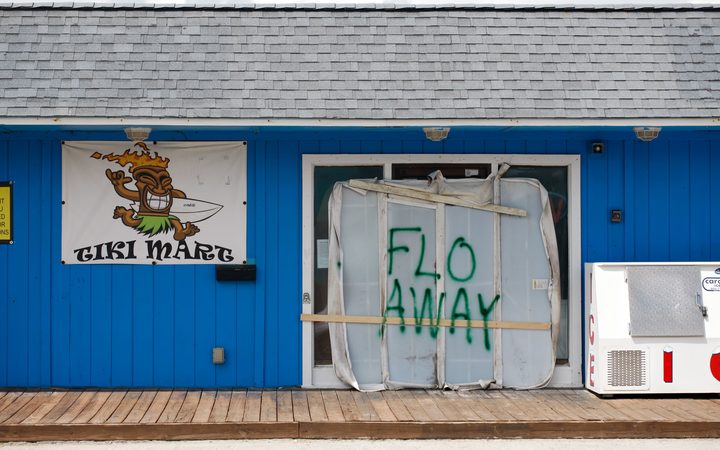 Utilities deployed crews and gear in advance, with workers en route to the region from at least 15 states, according to trade group, the Edison Electric Institute.

Crews also prepared 16 nuclear reactors in the three-state region for the storm. One power station, Duke Energy Corp's Brunswick plant, the closest to the area where landfall is forecast, faced a likely shutdown as a precaution. Shutdowns also were possible at two more plants in the path of predicted hurricane-force winds.

The American Red Cross said more than 700 workers were headed to the region while shelters were set up to house those unable to flee. A hospital in Hampton, Virginia, was transferring patients to safer places.

"We are sparing no expense. We are totally prepared," Mr Trump said at the White House.

Mr Trump faced severe criticism for his administration's response to Hurricane Maria last year in Puerto Rico. Some 3000 people died in the aftermath of that storm.