The death toll of Hurricane Maria has been revised to 2975 deaths - nearly 50 times the previous estimate, officials in Puerto Rico say. 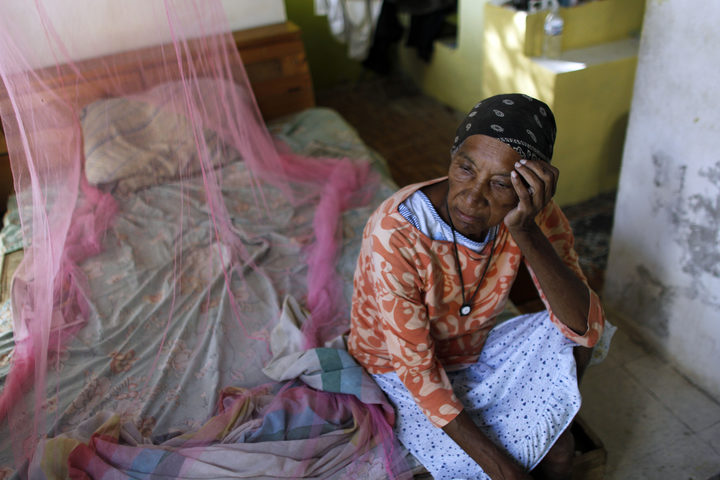 Aurea Cruz, 66 sits on her bed inside her house damaged by Hurricane Maria in Viegues, Puerto Rico. Photo: AFP or licensors

The death toll was estimated at 64 following the devastating storm that struck the US island territory in September 2017.

The authorities have faced nearly a year of criticism for under-reporting the true toll of Maria - the most powerful storm to hit the region in nearly 90 years.

The latest findings - accepted by the island's authorities - were made in a report by researchers from George Washington University.

It tracked the number of deaths from when Maria struck the island in September 2017 to mid-February of this year.

Many people died as a result of poor healthcare provision and a lack of electricity and clean water. Repeated power outages also led to an increased number of deaths from diabetes and sepsis.

"I'm giving an order to update the official number of deaths to 2975," governor Ricardo Rossello said. "Although this is an estimate, it has a scientific basis." 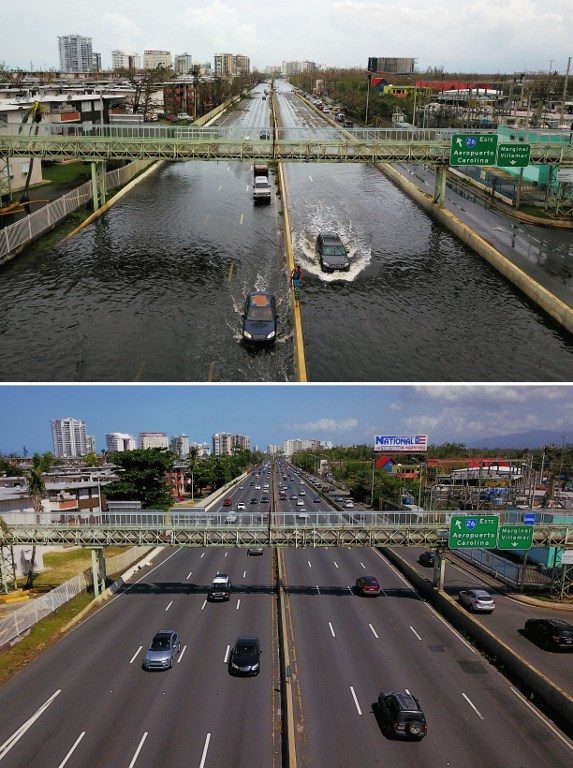 Cars driving through a flooded road in the aftermath of Hurricane Maria in Puerto Rico, on September 2017 (above) and (below) an aerial view of the Roman Baldorioty de Castro highway six months after the passing of Hurricane Maria. Photo: AFP

The government earlier acknowledged the death toll was much higher than their official figure of 64.

However, it did not change the total despite some experts estimating 4600 deaths.

Puerto Rico has struggled to repair its infrastructure and power grid since the storm and was asking US Congress for $139 billion in recovery funds.

The Caribbean island is home to 3.3 million US citizens, some 8 percent of which have since left the island, the study said.

The study also said that those from poorer backgrounds in Puerto Rico were 45 percent more likely to have been killed in the aftermath of the hurricane.

"The results of our epidemiological study suggest that, tragically, Hurricane Maria led to a large number of excess deaths throughout the island," the report's principal investigator Carlos Santos-Burgoa said.

Hurricane Maria also caused the largest blackout in US history, according to research consultancy the Rhodium Group.