President Donald Trump has told Puerto Rico officials they should be "proud" they did not lose thousands of lives as in "a real catastrophe like Katrina". 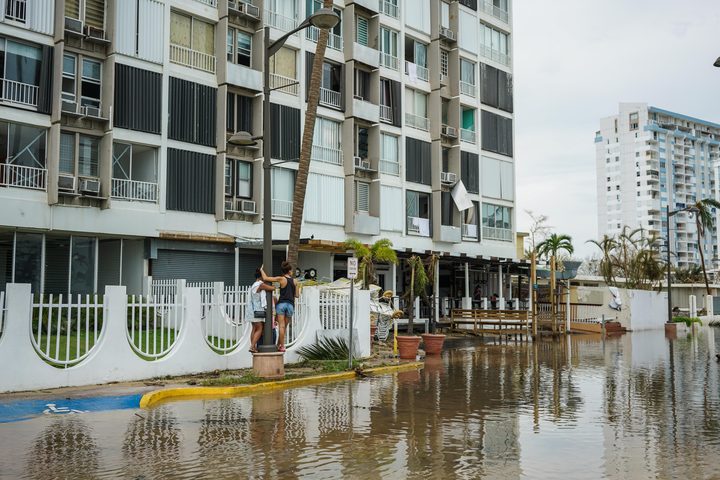 Mr Trump also said the storm-ravaged US territory had thrown the American budget "a little out of whack".

Before landing on the island, Mr Trump graded his administration's response to Hurricane Maria as an "A plus".

Puerto Rico officials have criticised the US government's handling of the natural disaster as too slow. 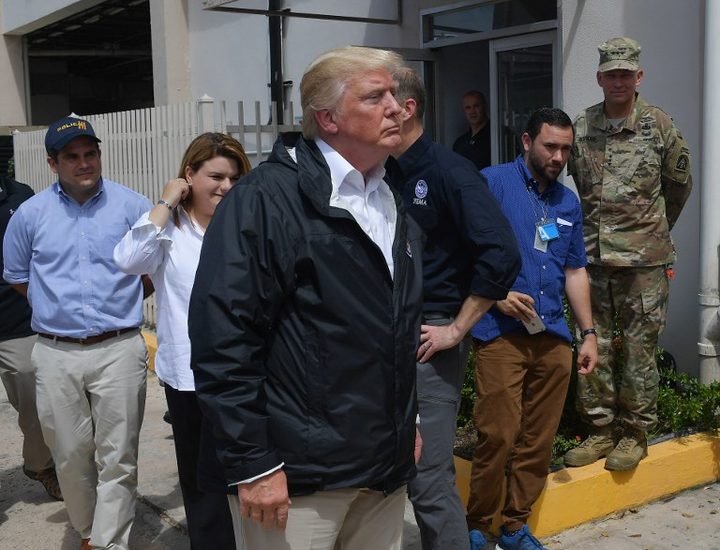 "I've been to Puerto Rico many times and the weather is second to none but sometimes you get hit - and you got hit," Mr Trump told officials at an Air National Guard base.

In his apparently impromptu remarks, he turned to emergency responders to ask how many Puerto Ricans had died as a result of the storm.

"What is your death count as of this moment? Seventeen? Sixteen people certified, 16 people versus in the thousands," he said, referring to the 2005 hurricane that killed 1,833 people in New Orleans.

Mr Trump also pointed out the impact on US spending from storm recovery on the island, which itself was already facing a budget shortfall of $72bn (NZ$100bn).

"Now, I hate to tell you, Puerto Rico, but you've thrown our budget a little out of whack because we've spent a lot of money on Puerto Rico, and that's fine," he said.

The president and First Lady Melania Trump met survivors in the town of Guaynabo.

As the presidential motorcade drove down roads strewn with hurricane debris, a woman at the roadside held up a sign that read: "You are a bad hombre."

Maria - the largest storm to hit the island in 90 years - has left more than half the island's residents without drinking water, destroyed roads and infrastructure and toppled power lines.

He had accused her of "poor leadership" after she said the Trump administration was "killing us with the inefficiency".

But on Tuesday, she said her meeting with White House staff was "productive".

Speaking to reporters on Tuesday, he praised his administration's response to Maria.

"In Texas and in Florida, we get an A plus," he said. "And I'll tell you what, I think we've done just as good in Puerto Rico."