Cardinal George Pell has been committed to stand trial on a historical sexual offence charge, an Australian magistrate has ruled. 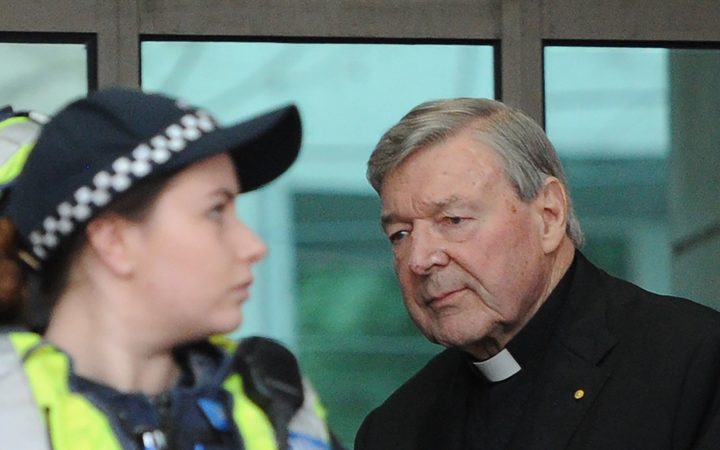 Magistrate Belinda Wallington is part way through her ruling on whether there is enough evidence to send Cardinal George Pell to trial on multiple historic sexual offence charges.

Some other charges have been struck out.

Cardinal Pell was escorted into the Melbourne Magistrates' Court under police guard.

He has strenuously denied the accusations.

The first 10 days of the hearing was closed to the public and media as the complainants gave their evidence, which is standard practice in cases involving sexual offence charges.

But over the following weeks, details of the allegations against Cardinal Pell emerged.

Among the allegations, he is accused of sexual offending at Melbourne's St Patrick's Cathedral in the late 1990s when he was Archbishop of Melbourne.

Cardinal Pell is also accused of committing sexual offences at a Ballarat pool and a cinema in the regional city during the 1970s, when he was a priest in the area.

A number of choir members, pool attendees and the cinema's projectionist were called to give evidence.

None had seen anything untoward.

A number of the charges were also dropped before today's hearing, due to the death of one of the complainants and another being found medically unfit to give evidence.

Ms Wallington took a fortnight to consider her decision on whether to commit Cardinal Pell to stand trial.

Lawyers for the 76-year-old, who is the Vatican Treasurer, have accused Victoria Police of failing to follow procedure in investigating the case, and of working under the presumption he was guilty.

Cardinal Pell was charged by detectives from Victoria Police's Sano taskforce in June last year and was granted leave by the Pope to return to Australia from the Vatican to fight the charges.

Cardinal Pell's defence team told a previous hearing he would plead not guilty.