The alleged gunman accused of carrying out last month's shooting spree at a Florida high school has been charged with 17 counts of murder. 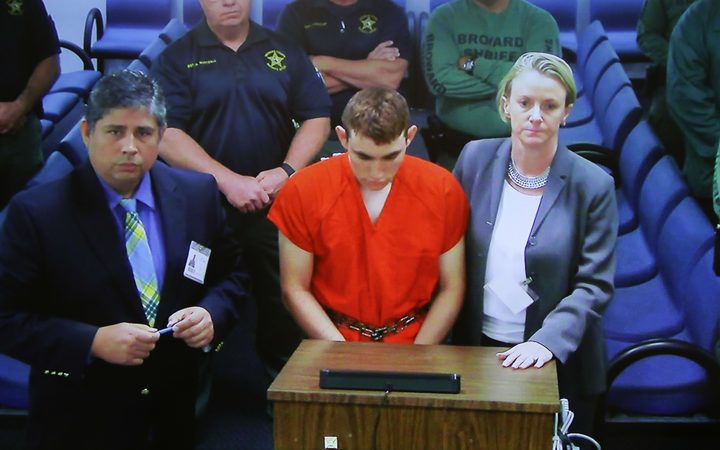 No date for an arraignment, at which Cruz will be allowed to enter a plea, has been set, said Constance Simmons, a spokeswoman for the Broward County state attorney's office.

The 19-year-old former student is accused of using a semiautomatic assault rifle to kill 17 students and faculty members at Marjory Stoneman Douglas High School in Parkland on 14 February.

He faces a maximum sentence of either execution or life in prison without parole if convicted. The public defender's office in Broward County has said Cruz was willing to plead guilty if county prosecutors choose not to pursue the death penalty.

The prosecutors' office has said a decision on this has not yet been made, according to Simmons.

The attack, one of the deadliest at a school in a country where school shootings happen multiple times a year, has reignited a national debate about overhauling gun laws in Florida and beyond.