The head of the National Rifle Association has broken his silence a week after the Florida school shooting with an unrepentant defence of gun rights and an aggressive attack on political elites who he said "hate individual freedom". 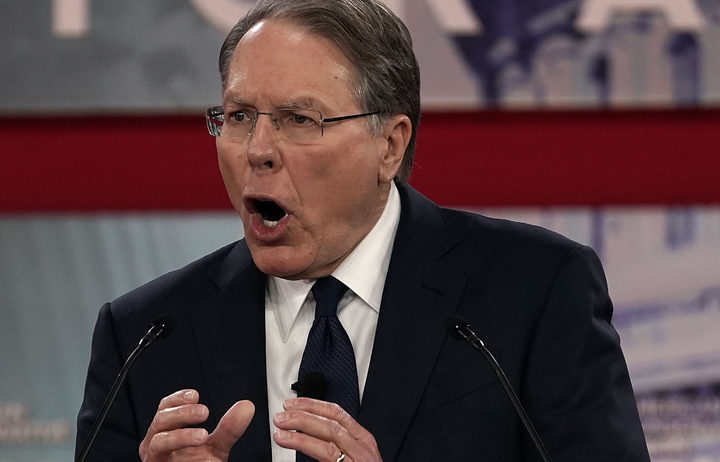 The students from the high school have self-organised an effort to find solutions to the continued school shootings in the United States.

Facing rising calls for stronger gun control, President Donald Trump had met with some of the survivors and those from other shootings in a "listening session", where he called for some teachers and school staff to be trained to use concealed guns which they would carry on their person at school.

The annual Conservative Political Action Conference in Maryland, brings together conservative activists and politicians, began yesterday. The NRA had an uninterrupted hour to offer its response to Parkland - and respond it did.

In a one-two punch, spokesperson Dana Loesch and NRA executive vice-president Wayne LaPierre launched an attack against the media, the FBI and pro-gun-control Democratic politicians.

The media "love mass shootings" because of the ratings, Ms Loesch said.

The FBI rank-and-file should rise up against a "corrupt" senior staff that has failed to stop mass shooters, Mr LaPierre railed. Democrats, he said, "hate individual freedom".

"As usual, the opportunists waited not one second to exploit tragedy for political gain," he said.

He delivered a full-throated defense of using guns to stop gun violence, weighing into the long-running debate over access to weapons.

"Does that make any sense to anybody? Do we really love our money and our celebrities more than we love our children? Can we answer that question honestly, any of us?

"Knowing that we surround and protect so much with armed security, while we drop our kids off at school that are so-called gun-free zones that are wide open targets for any crazy madman bent on evil to come there first.

"In every community in America, school districts, PTAs, teachers unions, local law enforcement, moms and dads. they all must come together to implement the very best strategy to harden their schools including effective, trained, armed security that will absolutely protect every innocent child in this country."

"Any American school that needs immediate professional consultation and help with organising and defining these solutions should call the National Rifle Association's school shield programme."

When it comes to policy proposals, turning schools into "hard targets" with armed teachers and airtight security is NRA's preferred option. It is aiming for the debate to be a conversation about media bias, "European socialist" Democrats and an FBI that has lately become a bogeyman for conservatives.

Andrew Patrick from the Washington-based Coalition to Stop Gun Violence says the NRA is out of touch with the overwhelming majority of Americans.

"This is an organisation that is trying to push guns into more areas of our society, to have more guns on the street, more guns in our homes, now it's guns in our schools.

"That is the real slippery slope, these people are trying to make us an armed society. The American people, the teachers, don't want that.

The NRA has a vast political war chest and a president who views it as a loyal ally. It spent more than $30m on electing him according to the nonpartisan Center for Responsive Politics, with the majority of that targeted against Hillary Clinton.

In a tweet the president praised the NRA's leadership and others working at the organization as "Great People and Great American Patriots. They love our Country and will do the right thing."

Mr Trump also said on Thursday he would push for national background checks for persons with mental health issues, which Mr LaPierre later echoed at the conference.

While gun laws vary widely from state to state, most federal gun control measures would require the Republican-controlled Congress to act. Mr Trump suggested he wanted some action, tweeting, "Congress is in a mood to finally do something on this issue - I hope!"

Democratic Senate leader Chuck Schumer said Mr Trump was pushing Congress for action on restrictions the NRA opposes, including comprehensive background checks. "The last time he showed support for sensible gun reform - no fly, no buy - he quickly dropped his support once the NRA opposed it," the senator said.

"I hope this time will be different."

A former United States Marine and now teacher in Pennsylvania, Deb Ciamacca, said having guns in the classroom was a ridiculous idea.

"I'm qualified on the M16 rifle and on the 45 pistol and there's absolutely no way a teacher should have a gun in a classroom. There's too many opportunities for accidents."