US First Lady Melania Trump has called for adults to "take the lead" to encourage children to develop "positive habits with social media and technology". 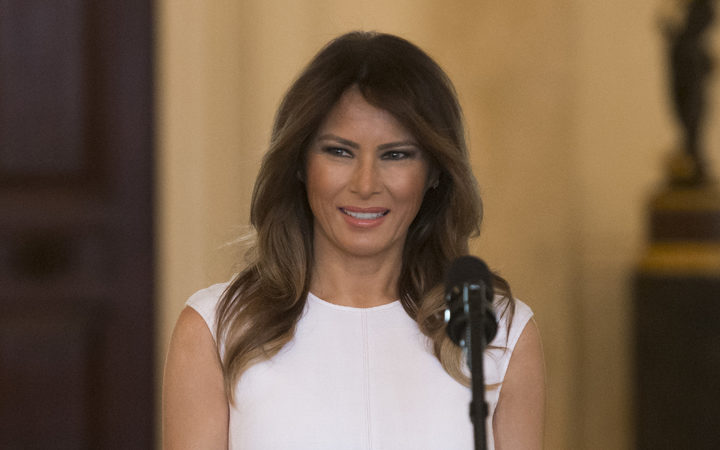 Delivering a speech about the challenges faced by children, Mrs Trump called on adults to promote values of "encouragement, kindness, compassion, and respect" online.

However, many took to social media to question the extent to which her husband, President Donald Trump, adheres to these principles in his own interactions online.

In light of her husband's Twitter habits, some people online characterised the first lady's comments as "ironic", while others suggested Mrs Trump is in denial.

People commented that Mrs Trump should aim to reform the president's social media behaviour before focusing her efforts on American children.

Melania Trump is calling for parent's to limit KIDS on their social media. She should Start with Donald Trump

@FLOTUS - Please Take a lead & help your husband & stepsons in develop positive social media habits FIRST, then talk to us.

While the vast majority of reaction was mocking, some people received Mrs Trump's words more warmly.

This is not the first time that Mrs Trump, who set out combating cyber-bullying as a key priority in 2017, has been ridiculed for attempting to highlight the issues of online safety and ethics.

Lauren Hogg, who survived the recent shooting at a school in Florida, called on the first lady to "have a convo" with her stepson Donald Trump Jr. who liked social media posts accusing Lauren's brother David of being an FBI stooge.

Hey @FLOTUS you say that your mission as First Lady is to stop cyber bullying, well then, don’t you think it would have been smart to have a convo with your step-son @DonaldJTrumpJr before he liked a post about a false conspiracy theory which in turn put a target on my back

While much of the reaction to Mrs Trump's speech focused on the Twitter habits of her family, the first lady has also previously been criticised for her social media usage.

In December, Mrs Trump came under fire for posting a selfie with a Snapchat filter showing her wearing a Santa hat and reindeers floating around her head. While some complimented her, others felt the image was unbecoming of a first lady.