US President Donald Trump has signed an order to ban bump-stock devices, which were used by a gunman who killed 58 Las Vegas concert-goers last year. 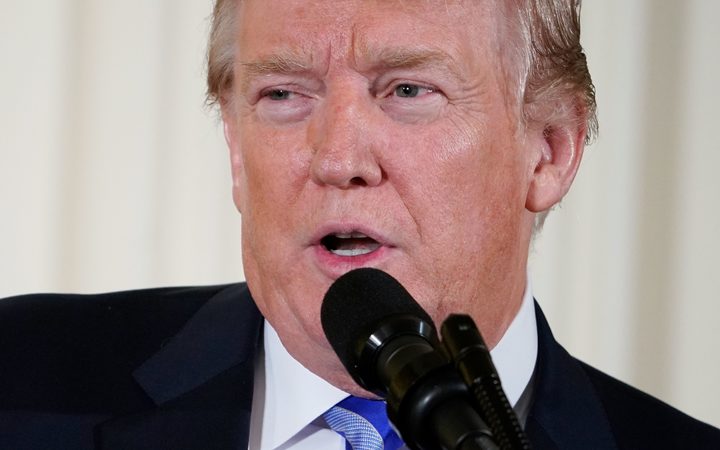 Speaking at the White House, Mr Trump said he had directed the Department of Justice to propose a law to make the accessories illegal.

"We have to do more to protect our children," he said.

What are bump stocks?

The accessories can make semi-automatic rifles fire as rapidly as machine guns.

They can be bought for as little as $US100 without the need for a criminal background check.

The device was used by a 64 year old who rained bullets on a crowd at an outdoor country music festival on the Las Vegas Strip in October last year.

More than 500 people were injured in that attack, considered America's worst ever mass-shooting by a lone gunman.

Audio analysis found the attacker, Stephen Paddock, was able to fire 90 bullets within 10 seconds from his room in the Mandalay Bay Resort and Casino.

Experts say Paddock, who killed himself after the attack, would not have been able to harm so many people without the use of bump stocks.

Didn't Congress plan to ban them?

Some lawmakers, including the most powerful congressional Republican, House of Representatives Speaker Paul Ryan, said they had never heard of the device until the Las Vegas massacre.

But both Democrats and Republicans agreed in the national wave of horror following the attack that the sale of the accessories should be outlawed.

Last November, Democratic Senator Dianne Feinstein introduced a bill to ban bump stocks, trigger cranks and other devices that can speed up a semi-automatic rifle's rate of fire.

But that legislation has since stalled.

The National Rifle Association and several Republicans said it was up to the Bureau of Alcohol, Tobacco, Firearms and Explosives to regulate the accessories.

Just a month after the Las Vegas massacre, Congress seemed to slide into the inertia that has bogged down previous gun control efforts.

Proposals to ban bump stocks have been put forward with mixed results at state level, including in South Carolina, Illinois, Washington and Colorado.