US President Donald Trump is "supportive" of efforts to improve background checks on gun ownership, the White House says. 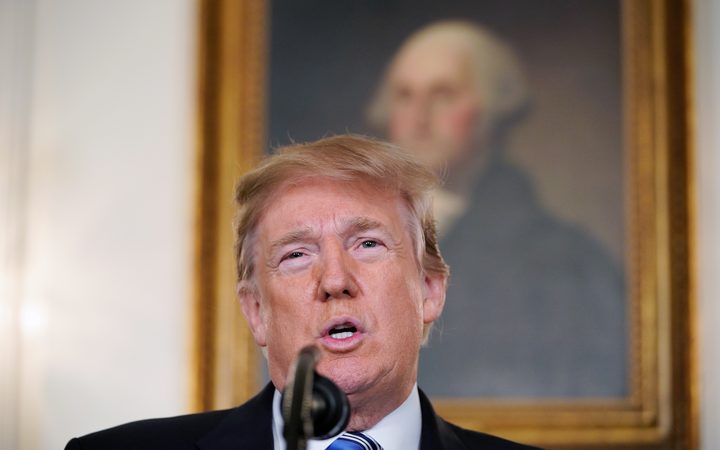 He has spoken to Republican Senator John Cornyn about a bipartisan bill he helped introduce, a statement said.

The 2017 bill sought to improve federal compliance with checks that are processed before someone can buy a gun.

It comes after authorities said the suspect in last week's school shooting in Florida had bought his gun legally.

"While discussions are ongoing and revisions are being considered, the president is supportive of efforts to improve the federal background check system," White House press secretary Sarah Sanders said.

The National Instant Criminal Background Check System (NICS) currently relies on state and federal officials to report any criminal convictions and mental health issues that should legally stop someone buying a gun.

Its failings were put in the spotlight last year after the US Air Force admitted it had failed to flag a gunman's domestic violence conviction before he shot dead 26 people at a church in Sutherland Springs, Texas.

After that shooting, the bipartisan bill was introduced by Mr Cornyn and Democratic Senator and gun-control advocate Chris Murphy.

Mr Trump's view on gun control has changed over time, but he ran as an anti-gun control candidate in the 2016 election.

Last year the President told a National Rifle Association convention that he would "never, ever infringe" on the constitutional right to keep and bear arms.

He has previously blamed the FBI and the shooter's mental health for Florida's school attack but had yet to comment on fresh demands for gun control coming from surviving Florida students.

Nikolas Cruz, 19, had been investigated by the authorities for posting disturbing content online, according to reports.