US President Donald Trump has hit back at Jay-Z after the rapper called him a "superbug" and attacked his treatment of minorities. 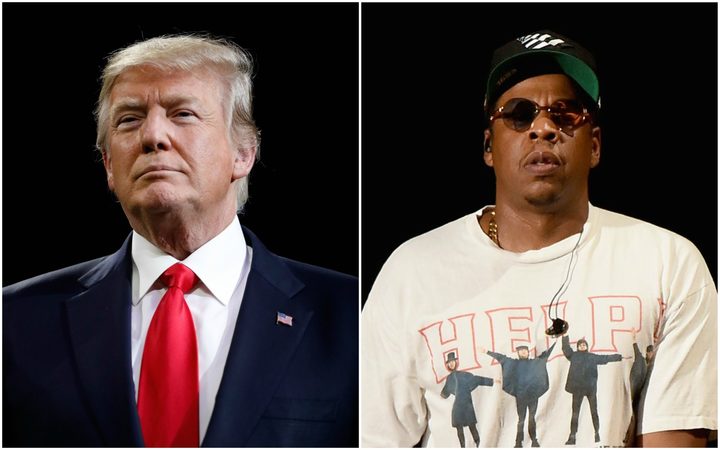 In a tweet, Mr Trump said "black unemployment has just been reported to be at the LOWEST RATE EVER RECORDED!".

But critics say economic growth began under former President Barack Obama and unemployment remains far higher among the black population than the white.

"It's not about money at the end of the day … money doesn't equate to happiness. It doesn't. That's missing the whole point. You treat people like human beings ... that's the main point."

Somebody please inform Jay-Z that because of my policies, Black Unemployment has just been reported to be at the LOWEST RATE EVER RECORDED!

Jay-Z then said Mr Trump's election was due to a failure to properly address certain problems.

"You have sprayed perfume on the trash can," he said. "What you do when you do that is the bugs come. You spray something and you create a superbug because you don't take care of the problem."

"You don't take the trash out, you keep spraying whatever over it to make it acceptable. As those things grow, you create a superbug. And then now we have Donald Trump, the superbug."

He was also asked about the president's alleged use of the word "shithole" to describe African nations.

"It's disappointing and hurtful," he said. "Everyone feels anger. After the anger, it's really hurtful because he's like looking down on a whole population of people."

Mr Trump has denied accusations he is racist. He has the said the language he used was "tough" but disputed the wording of the reports.