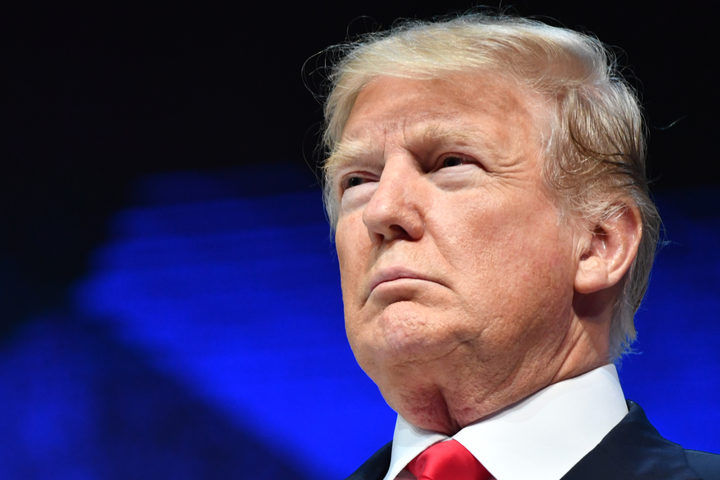 Donald Trump is expected to declassify the document and send it to Congress for release, according to US media. Photo: AFP

Mr Trump is expected to declassify the document and send it to Congress for release, according to US media.

The FBI has voiced "grave concerns" about the release of the memo, which is expected to have redactions.

It reportedly says the FBI misled an intelligence court to obtain a warrant to spy on the Trump election campaign.

Congressional Democratic leaders called on Thursday for Mr Nunes' immediate removal as head of the panel.

They accused him of trying to discredit a federal inquiry into possible collusion between President Trump's presidential campaign and Russia.

What does the memo say?

It reportedly accuses the FBI and justice department of misleading a judge in March last year while seeking to extend a surveillance warrant against Carter Page, who was a foreign policy adviser to the 2016 Trump election campaign.

The memo is said to argue that the FBI and justice department did not tell the judge that some of their justification for the warrant relied on a much-disputed Trump-Russia dossier.

It was financed in part through the campaign of Democratic presidential candidate Hillary Clinton to dig up dirt on Mr Trump, and compiled by former a British intelligence agent.

Unnamed sources told Reuters news agency the Republican memo is misleading because all the dossier excerpts used in the FBI warrant application were independently confirmed by US intelligence.

Mr Page, the former Trump adviser, testified before a congressional committee last November that he met Russian government officials during a trip to Moscow in July 2016.