The Federal Bureau of Investigation's deputy director, who US President Donald Trump accuses of political bias, has resigned, US media report. 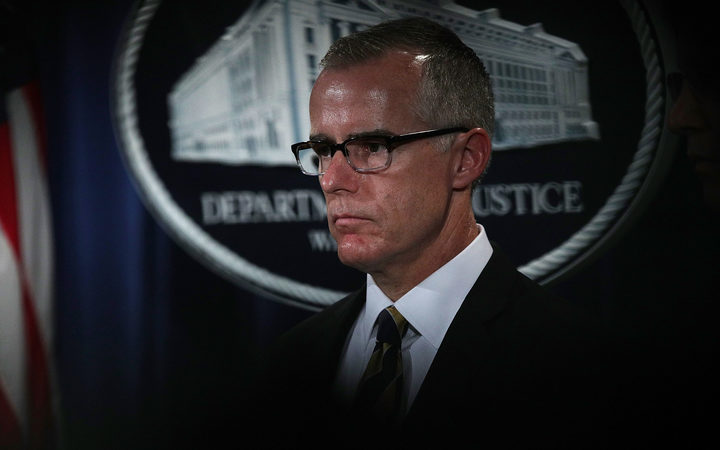 Andrew McCabe, who US President Trump accused of political bias, is stepping down, US media report. Photo: AFP

Andrew McCabe's exit from the top law enforcement agency comes a week after a report that Mr Trump wanted him out.

It was also reported last week that the president had asked Mr McCabe during an Oval Office meeting whom he voted for.

Mr Comey had been overseeing the bureau's investigation into alleged Russian interference in the 2016 presidential election.

Mr Trump eventually nominated Christopher Wray as the new FBI director, and he was confirmed by the Senate in August.

The Republican president has previously criticised Mr McCabe because his wife, Dr Jill McCabe, ran as a Democrat for a Senate seat in Virginia.

Her campaign received $675,000 in donations from the Virginia Democratic Party and a political funding committee aligned with Hillary Clinton, Mr Trump's 2016 election rival.

Mr Trump has railed against Mr McCabe and his wife on Twitter, calling the FBI chief a "Comey friend".

Last July he tweeted: "Problem is that the acting head of the FBI & the person in charge of the Hillary investigation, Andrew McCabe, got $700,000 from H for wife!"

The Washington Post reported last week that Mr McCabe was disturbed by a question he was asked by the president during a get-to-know-you Oval Office meeting.

Mr Trump had reportedly asked Mr McCabe who he voted for in the 2016 US presidential election, according to current and former officials in the report.