Defence personnel in Darwin were operating at "increased readiness" this month as Russian strategic bombers conducted navigation exercises close to Australia, flying out of an Indonesian military base. 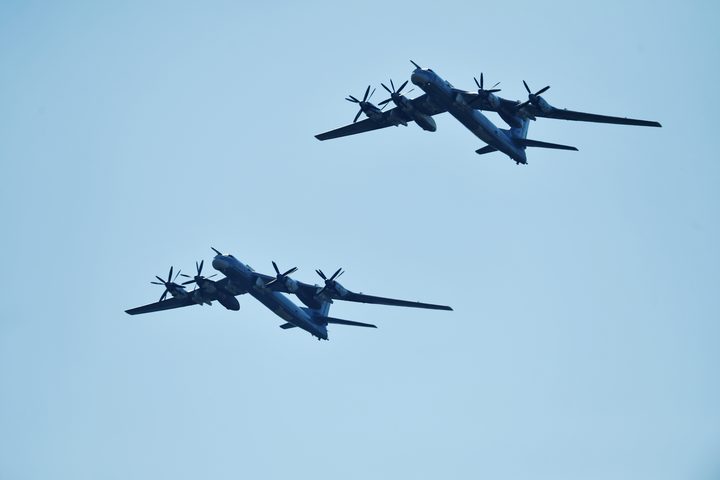 RAAF Base Darwin was placed on a "short period" of heightened alert while over 100 Russian personnel and several aircraft were stationed at the Biak Airbase in Indonesia's eastern Papua province, the ABC reported.

During the five-day stopover two nuclear-capable Tu-95 bombers flew their first ever patrol mission over the South Pacific, prompting concerns they may have been collecting valuable intelligence.

The Russian Ministry of Defence claims its strategic bombers "carried out air alert mission over neutral waters of south Pacific Ocean" in a flight lasting more than eight hours.

In a statement to the ABC, Australia's Defence Department said "the ADF maintains appropriate levels of readiness and posture to respond to evolving circumstances," but did not specifically refer to the Russian activity.

"There were no instances of unalerted or unscheduled foreign aircraft operating in Australian airspace during this period," the Department added.

Defence also insists RAAF Base Darwin was never in lockdown, but did acknowledge "in early December there was a brief period of increased readiness" at the facility.

Two Russian Ilyushin-76 transporters carrying 81 personnel arrived on Biak island in Indonesian Papua on December 4, and were joined shortly after by a pair of Tu-95 bombers, bringing the total number of deployed troops to 110.

One of Australia's leading defence experts believes the Defence Department would have been concerned about the ability of the long-range Russian aircraft to collect intelligence during their visit to the region.

Executive director of the Australian Strategic Policy Institute Peter Jennings said this month's deployment was a significant step by Moscow.

"For the Russians to send a couple of aircraft this far down south I think is really proving it's got the capacity for that long-range reach," he said.

"It doesn't surprise me in the least that our own military forces raised their alert levels in response.

"I'm sure there would have been concerns about Russian intelligence gathering because they wouldn't have come this far south without wanting to look at the one significant [United States] allied presence in this part of the world, which operates out of [RAAF Base] Darwin and RAAF Base Tindall a little further south."