The Navy will be without a tanker ship for at least two years when HMNZS Endeavour is decommissioned. 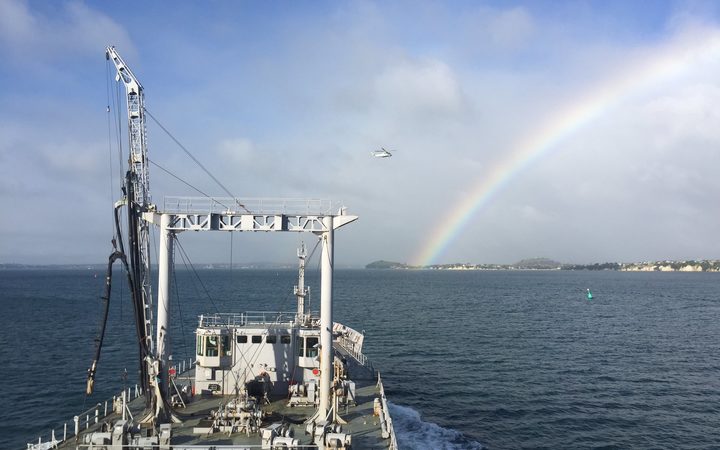 After 30 years of service, the Endeavour returned from her last overseas deployment in June http://www.radionz.co.nz/national/programmes/checkpoint/audio/201847391/navy-s-endeavour-s-service-over-after-30-years and returned to her home port in Taranaki for the last time last month.

The ship will be decommissioned on Friday and the replacement, HMNZS Aotearoa, won't be in service until January 2020.

A Defence Force spokesperson said the Australian Navy would help with refueling until then.

"The Royal New Zealand Navy works on a reciprocal basis with the Royal Australian Navy and other allied navies when it comes to providing fleet fuelling services and other operational requirements in circumstances such as this.

"This shared resourcing is very common amongst partner navies."

The Aotearoa is expected to cost $500 million and will be built in South Korea.

The Endeavour has been working right up to retirement. In September it was used to ferry fuel when the oil pipeline north of Auckland was damaged. 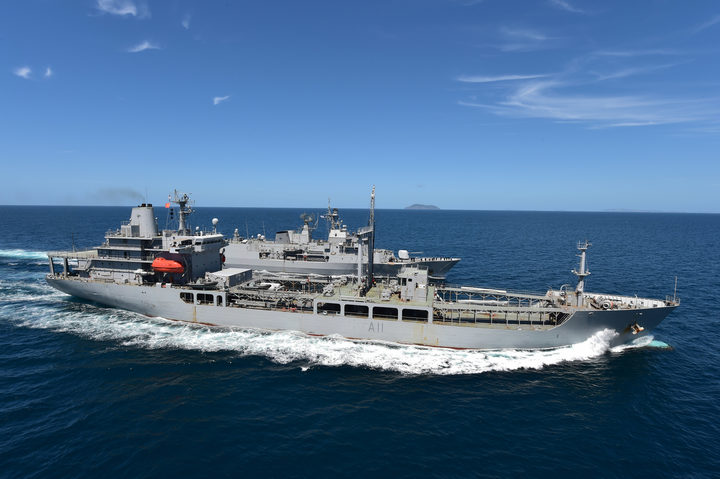 HMNZS Endeavour: Victoria University Centre for Strategic Studies senior fellow Peter Greener said the Navy had had more than its money worth from the ship. Photo: NZDF

The ship has been deployed to the Gulf, East Timor and Bougainville, where it was used to host peace talks, and last year was used to evacuate people trapped in Kaikōura by the earthquake.

Victoria University Centre for Strategic Studies senior fellow Peter Greener said Endeavour had been a "tremendous resource" but was at the end of its life.

"We have had more than our money's worth out of her."

The Endeavour can carry supplies and refuel other ships at sea, but Dr Greener said the HMNZS Aotearoa was much more capable.

"She's a much stronger vessel, fully polar compliant. Aotearoa is able to carry 12 containers full of supplies, a large amount of fresh water and she has the facility for making fresh water on board."

The Aotearoa would also have a hanger and flight deck for the airforce's NH90 helicopters, in addition to refueling capability.

"We've had some examples here in Australia where our air force has gone several years without an air-to-air refueling capability for example because the project was slow to deliver it.

"You adapt, you make the best of what you've got and you cross your fingers and hope that you don't really need the capability that you're doing without."

New Zealand had provided the HMNZS Canterbury to Australia when a cyclone was threatening Queensland and its navy's amphibious ships were unavailable.

This would be Australia repaying the favour, Dr Davies said.

"The good news is that the Royal Australian Navy has a base on the east coast as well as on the west coast which means that we have two at sea refueling tankers for ourselves.

"That means that there is a Royal Australian Navy re-fueler on the New Zealand side of the continent which means the two navies will be able to coordinate and hopefully fuel will be there when needed."