US Democratic congressional leaders have cancelled a meeting with President Donald Trump after he attacked them on Twitter. 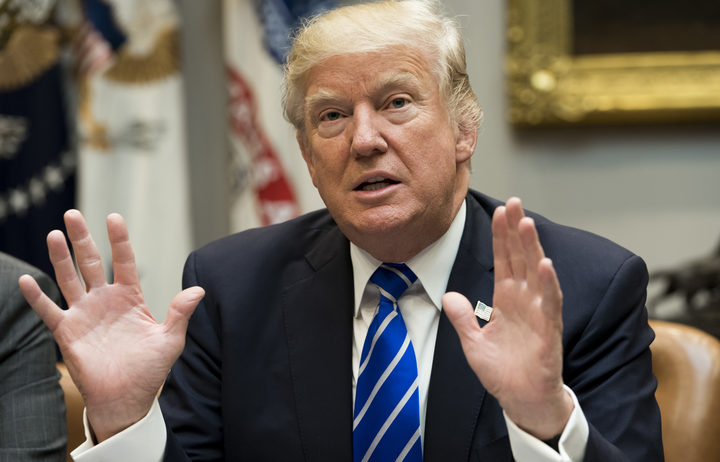 The Republican president said he did not think he could reach a deal with Nancy Pelosi and Chuck Schumer on funding the government.

The Democrats said they would negotiate with Republican lawmakers instead.

Averting a federal shutdown is just one of this month's big challenges for Republicans, who control Capitol Hill.

The party's lawmakers are also under pressure to pass a far-reaching tax plan that they can send to the president's desk by the end of the year.

Mr Trump is making a rare visit to Congress on Tuesday to discuss a year-end spending package to fund the government through to next September.

Democrats have suggested negotiations could hinge on saving an Obama-era programme that allowed undocumented immigrants who entered the US as children to stay.

"Problem is they want illegal immigrants flooding into our Country unchecked, are weak on Crime and want to substantially RAISE Taxes. I don't see a deal!"

House Democratic leader Ms Pelosi and Mr Schumer, who is her Senate equivalent, later issued a joint statement abruptly calling off the meeting.

"Given that the president doesn't see a deal between Democrats and the White House," they said, "we believe the best path forward is to continue negotiating with our Republican counterparts instead."

The White House said the move was "disappointing", but that the two Republican congressional leaders would attend the meeting as planned.

"The President's invitation to the Democrat leaders still stands and he encourages them to put aside their pettiness, stop the political grandstanding, show up and get to work," said the White House statement.

The Republicans said in a joint statement: "We have important work to do, and Democratic leaders have continually found new excuses not to meet with the administration to discuss these issues."