The US Department of Justice says it has asked prosecutors to scrutinise the Clintons' charitable foundation and a uranium deal. 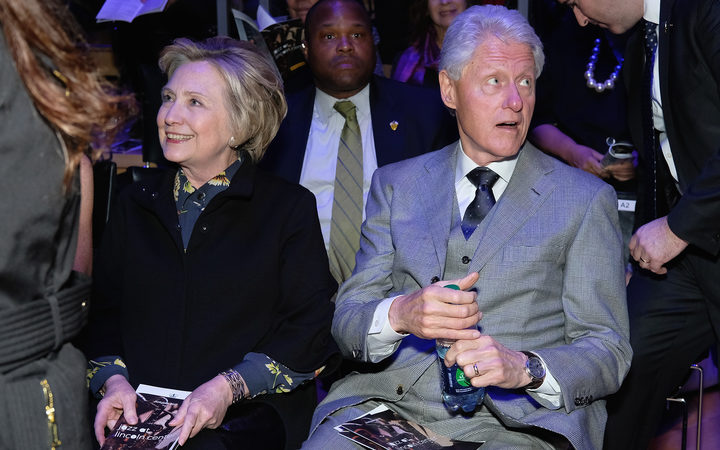 In a letter, the agency said an inquiry could be launched into the Clinton Foundation and the Uranium One sale.

But Attorney General Jeff Sessions told a senate hearing there is currently no basis for Republican calls to appoint a special counsel to investigate.

The issue is a longstanding political grievance of president Donald Trump.

His aides are currently the focus of inquiries by a special counsel and congressional committees into whether they colluded with alleged Kremlin attempts to sway last year's US presidential election.

What is Uranium One?

Uranium One - a Canadian company that owned about a fifth of US uranium supplies and operated mines in Wyoming and Utah - was acquired in 2010 by Russian state-owned firm Rosatom.

The deal had to be approved by several US government agencies, including the State Department, which was led at the time by Secretary of State Hillary Clinton.

Republicans have charged that the Obama administration approved the deal after Bill Clinton's charitable foundation received a $US145m donation.

Some of those contributions were not publicly disclosed by the Clintons, despite their pledge to publicly identify all donors, the New York Times reports.

Mr Clinton was also paid $500,000 for a Moscow speech from a Kremlin-linked Russian investment bank that was promoting shares in Uranium One.

Mrs Clinton said in a recent interview with C-SPAN that suggestions of corruption relating to the deal were "baloney" and had been "debunked repeatedly."

What do Republicans want?

The chairman of the House of Representatives Judiciary Committee, Robert Goodlatte, has written to the Department of Justice recommending a special counsel look into the Uranium One deal.

A reply from the US attorney general's deputy said he had "directed senior federal prosecutors to evaluate certain issues raised in your letters".

The Department of Justice cited "alleged unlawful dealings related to the Clinton Foundation and other matters".

Mr Sessions told a Senate hearing on Tuesday his department would reach a decision "without political influence, correctly and properly".

Republican lawmakers announced last month they were investigating the Uranium One sale.

They launched another inquiry relating to Mrs Clinton's misuse of a personal email server.

The president wields significant constitutional authority over the Department of Justice since it belongs to the executive branch of US government.

But it has been a US civic tenet ever since the Watergate scandal that the agency should be free from political interference.

Mr Trump acknowledged this in a radio interview this month, when he said "the saddest thing" was that he was not supposed to meddle with the Justice Department.

However, the Republican president has also publicly called on his attorney general to open an investigation into Mrs Clinton.

He tweeted that America's top prosecutor had "taken a VERY weak position on Hillary Clinton crimes".

"So where is the investigation AG?" Mr Trump asked.