Ireland's minority government looked set to collapse within days on Friday after the party propping it up submitted a motion of no confidence in the deputy prime minister, weeks before a summit on Brexit. 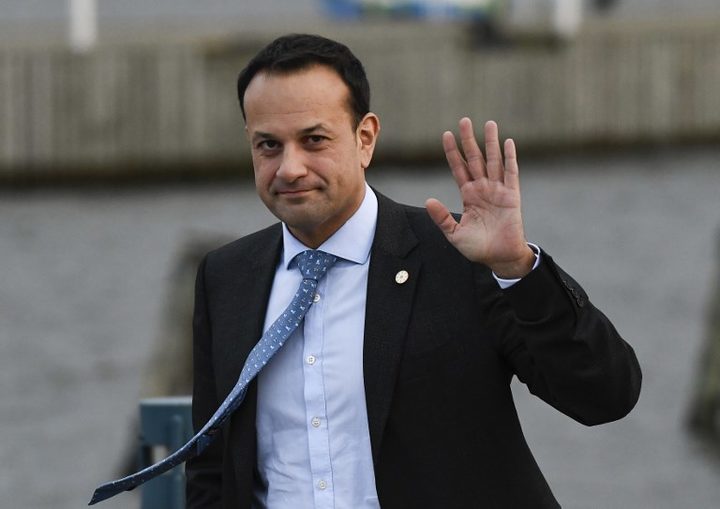 Prime Minister Leo Varadkar said that if the motion was not withdrawn by Tuesday, he would be forced to hold an election before Christmas, a prospect EU officials said would complicate an EU summit on Brexit on December 14 and 15.

"What that would mean is me throwing a good woman under the bus to save myself and my own government, and that would be the wrong thing to do," Varadkar told national broadcaster RTE, dismissing demands for his deputy Frances Fitzgerald to quit.

Mr Varadkar is due to play a major role in the Brexit talks, telling EU leaders whether Ireland believes sufficient progress has been made on the future border between EU-member Ireland and the province of Northern Ireland.

The border is one of three issues Brussels wants broadly resolved before it decides whether to move the talks on to a second phase about trade.

While Mr Varadkar could go into the summit in a caretaker role, he said that any election would have to happen before Christmas so that he or his successor could attend the next meeting of EU leaders in February with a fresh mandate.

The head of opposition party Fianna Fail, Micheal Martin, earlier said an election "can be avoided if the government takes action" by asking Fitzgerald to resign. Mr Varadkar said he would not seek, nor did he expect to be offered, a resignation.

Fianna Fail supports the minority Fine Gael government in a "confidence and supply" arrangement. Voting no confidence in a minister would break that agreement.

Mr Varadkar and Mr Martin met on Friday and were due to speak again over the weekend ahead of the motion of no-confidence in Ms Fitzgerald, to be debated on Tuesday.

The trigger is her handling of a legal case involving a police whistleblower.

"At a time when issues and decisions will need to be made that will reverberate in our country for decades to come, the prospect of either an election taking place or a government not being in place afterwards is actually unconscionable," Finance Minister Paschal Donohoe told RTE.

However, a source familiar with Fine Gael's planning said it had begun to make preparations on Friday for a snap poll.

As well as the border, the other issues Brussels wants resolved before Brexit talks move on to trade arrangements are Britain's financial settlement on leaving the bloc and the rights of EU citizens living in the UK.

Mr Coveney told parliament on Thursday the government was not yet ready to allow the talks to move on to trade issues, and needed more clarity from London.

Fianna Fail's Mr Martin said parliament would be united behind Mr Varadkar at the December summit.

University College Dublin politics professor David Farrell said Varadkar may be tempted to take an even harder line against the United Kingdom in the talks in a bid to shore up support among Irish voters, who are overwhelmingly against Brexit.

"I suppose the only card he can try and play to distract from the crazy shenanigans around the causes of this election is leadership in Europe," he said.

An election would likely be dominated by Fianna Fail and Fine Gael, two centre-right parties that differ little on policy but have been bitter foes for decades, something that has always left the minority government one serious row away from collapse.

But it would also present an opportunity for left-wing opposition party Sinn Fein to see if its veteran leader Gerry Adams' decision last week to step down will boost its support. The party said deputy leader Mary Lou McDonald would lead them into the election, if one is called.

While Sinn Fein, the third largest party in the Republic, has said it wants to enter government, the two largest parties have ruled out doing a deal with the former political wing of the Irish Republican Army (IRA).

Since Mr Varadkar's appointment as Fine Gael leader six months ago, his party has narrowly led Fianna Fail in opinion polls, which suggest both parties would increase their support but struggle to form anything but another minority government.