Opinion - A few things have become clearer about the departure of the UK from the EU, writes David Townsend. 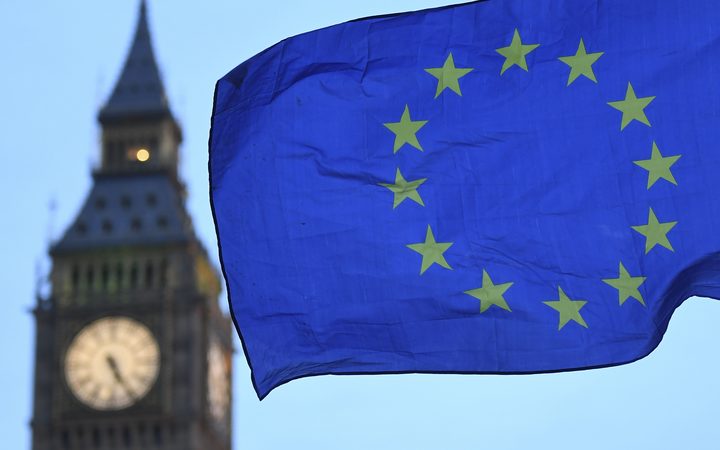 That big hand is moving along, nearing High Noon, after Prime Minister Theresa May triggered the official notification under the EU Treaty in March 2017.

The end of negotiations is set for March 2019. Then the UK is either dumped out or asks for and is granted more time whilst remaining in the EU. 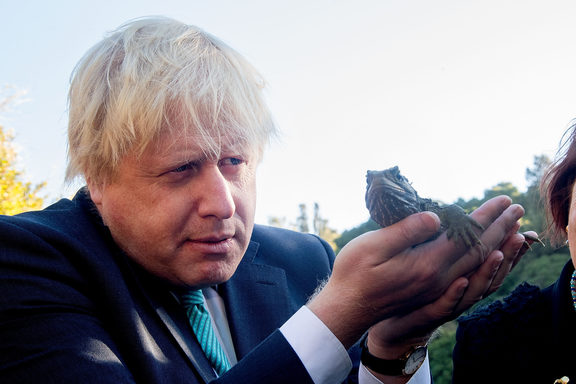 Boris Johnson, a past master of bombast and clowning, opined in the House of Commons a few weeks ago that the EU "could whistle for its money".

He means the sum estimated to cover the costs of projects (ongoing and proposed), that would be the UK contribution if it remained in the EU. Of course it was "Boris being Boris" and whistling in the dark. Mr Johnson now says that the UK will offer €40 billion; the EU had mentioned €60 bn.

Without progress on an agreed sum (or the matter of EU/British citizens continuing rights) there will be no further discussion of such matters as the Northern Ireland border, which was largely overlooked by the Brexit supporters in the 2016 Referendum.

It is the UK's only land border with the EU. Not being in the EU without an agreement could mean the re-imposition of a hard land border: checkpoints and massive delays and the awful spectre of a resurgence in republican terrorism. Thousands of lorries a day currently cross each way and thousands of workers do the same.

Nor will there be discussion of any Free Trade arrangements to replace the Customs Union or Single Market with the 27 other countries in the EU.

Nor even the hapless position of Gibraltar, a lonely rock whose inhabitants voted overwhelmingly to stay in the EU.

David Davis (described by the former Leave Campaign Director Dominic Cummings as "thick as mince and lazy as a toad") has decided to blame Germany and France for intransigence by not giving the UK carte blanche to leave the EU on its terms. (Still unclear at this time.) Boris had suggested "having our cake and eating it". From being an aggressive leaver, Mr Davis now wants a transition period of maybe two more years to 2021. 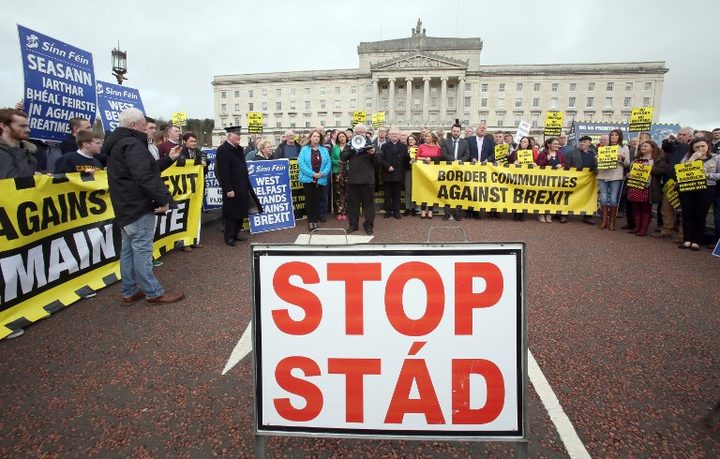 Members of the anti-Brexit campaign group "Border communities against Brexit" outside Parliament Buildings, the seat of the Northern Ireland Assembly on the Stormont Estate, Belfast. Photo: AFP / Paul Faith

There is another wild card factor. The fragility and instability of the May-led Conservative government.

Mrs May's ill-judged General Election in June resulted in a loss of its small overall majority.

No party won but the Conservatives certainly lost. Desperate to maintain the May government, an alliance with the Democratic Unionist Party (DUP) in Northern Ireland was formed. Money was handed over. The DUP presents a terrible beauty in view of the Irish border question.

If anyone thinks that New Zealand's government is cobbled together, it is earthquake proof by the standards of the UK Government.

The DUP is a maverick, weird combination of the late Reverend Ian Paisley's political children, creationists and anti-Catholic Protestants. No Westminster political party has ever been in an alliance with them.

Mrs May's majority is also threatened not only by the official Opposition (itself somewhat incoherent on Brexit) but by serious splits and personal rivalries within its own ranks.

No vote in any of the days and months to come, of debating legislation at Westminster to replace or reaffirm existing EU legislation on a hundred different aspects of UK life and business, is guaranteed.

And then, Germany: To have or not to have another election. With Mrs Merkel's Germany - thought to be one of Britain's more sympathetic friends - distracted by the difficulty of putting together a coalition, the Brexit caravan moves on without them in attendance.

Summing up this week on Brexit in a Wellington Chamber of Commerce/Export New Zealand breakfast meeting ($20 and good value) the British High Commissioner Jonathan Sinclair urbanely described the position for Britain (and free trade deals with New Zealand) as cautiously optimistic.

That's sort of the way Anthony Hudson - the All Whites coach who just resigned - described the chances against Peru of a World Cup place for New Zealand.