Myanmar's army has replaced the general in charge of Rakhine state where an army operation drove more than 600,000 Rohingya Muslims to flee to Bangladesh. 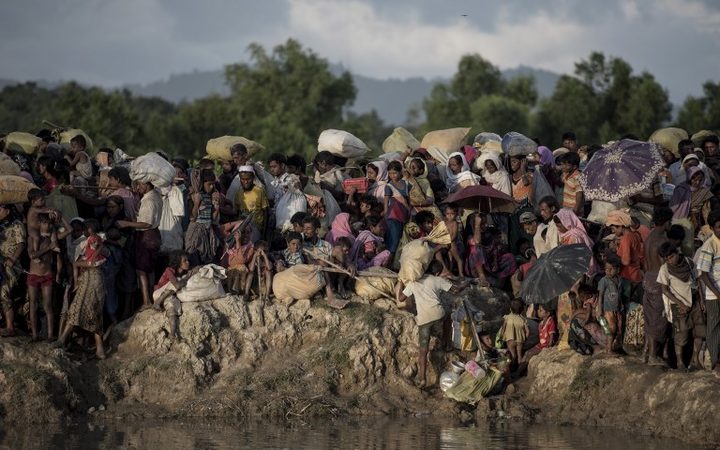 Rohingya refugees wait after crossing the Naf river from Myanmar into Bangladesh in Whaikhyang on October 9. Photo: AFP / FRED DUFOUR

No reason was given why Major General Maung Maung Soe was transferred from his post as the head of Western Command in Rakhine, where Myanmar's military, known as the Tatmadaw, launched a sweeping counter-insurgency operation in August.

"I don't know the reason why he was transferred," Major General Aye Lwin told Reuters as a UN official accused the military of conducting organised rape and other crimes against humanity.

"He wasn't moved into any position at present, he has been put in reserve."

He said the transfer was ordered on 10 November and Brigadier General Soe Tint Naing had been appointed as the new head of Western Command.