Wild elephants have attacked a camp where Rohingya refugees were sleeping, killing a woman and her three children in southern Bangladesh. 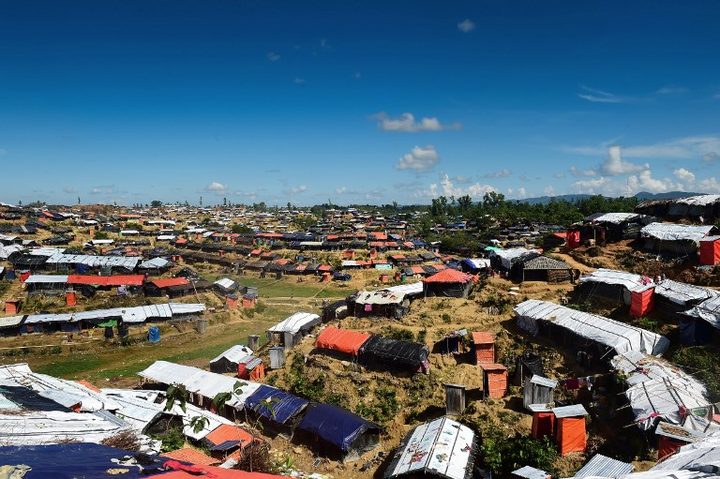 A view of the Balukhali refugee camp in the Bangladeshi district of Ukhia. Photo: AFP / Munir UZ ZAMAN

He said four other people were injured in the attack.

It was the third attack by wild elephants on the refugees in Bangladesh's Cox's Bazar district, which borders Myanmar. At least seven people died in the two previous attacks.

It came as the discovery of three decomposed bodies in Bangladesh, thought to be of Rohingya refugees from a boat that capsized a week ago, raised the number of deaths in the accident to 34, including at least 18 children.

The bodies were found by people in Shah Porir Dwip village, situated off the Bay of Bengal close to Galar Char - where a boat capsized on October 8 - Main Uddin, the officer-in-charge of Teknaf police station in southeastern Bangladesh, said.

More than 525,000 Rohingya refugees have fled Myanmar since late August and have taken shelter in Bangladesh.