The snow leopard has been taken off the endangered species list, though the big cats still faces serious threats from poaching and habitat destruction. 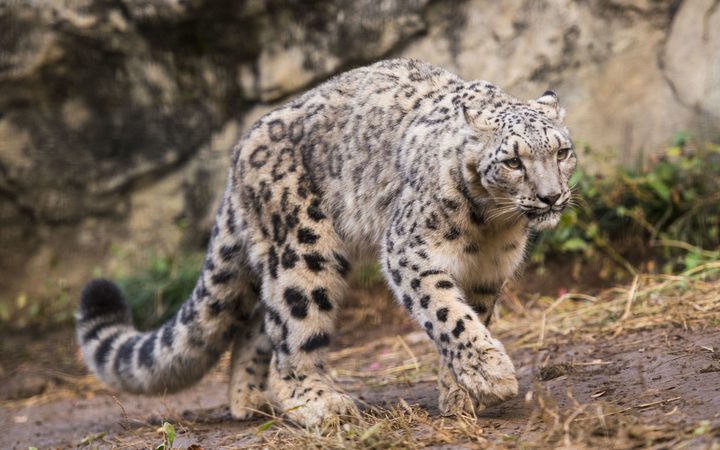 Snow leopards, which were first listed as endangered in 1972, are found in central Asia. Photo: 123rf

Has the chilling threat of extinction worn off at last for the long-endangered snow leopard? Not exactly, but the iconic big cats' conservation status has been improved from "endangered" to "vulnerable".

The decision was announced by the International Union for Conservation of Nature (IUCN) - the global standard for assessing extinction risk.

Experts have warned that the species still faces serious threats from poaching and habitat destruction.

The elegant yet elusive creatures, which live in the mountains of central Asia, were first listed as endangered by the IUCN in 1972.

Dr Tom McCarthy, who runs the Snow Leopard Programme at big cat charity Panthera, was one of them.

"To be considered 'endangered,' there must be fewer than 2500 mature snow leopards and they must be experiencing a high rate of decline," he explained.

"Both are now considered extremely unlikely, which is the good news, but it does not mean that snow leopards are 'safe' or that now is a time to celebrate.

"The species still faces 'a high risk of extinction in the wild', and is likely still declining - just not at the rate previously thought."

Being classed as vulnerable means a species has under 10,000 breeding animals left, with a population decline of at least 10 percent over three generations.

The Snow Leopard Trust, which aims to protect the big cat through community projects, strongly opposes the status change. It plans to challenge the decision with the IUCN.

"We believe it could have serious consequences for the species," it wrote in a blog post.

Snow leopard researchers believe the species' decline may have been slowed by conservation projects - including some to protect farm animals from the predators, which are sometimes killed in revenge for livestock losses.

The number of protected areas within the snow leopards' habitat has also increased significantly in recent decades.

Snow leopards - the numbers and the risks they face