Hurricane Irma will "devastate" either Florida or neighbouring states, the head of the US federal emergency agency has said. 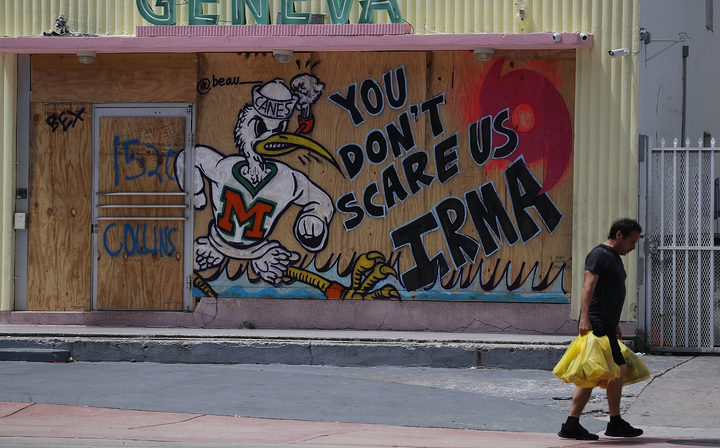 Shops and houses have been boarded up in Miami Beach, Florida, as the state braces for Hurricane Irma Photo: AFP

Brock Long said parts of Florida would be without power for days. Half a million people in the state have been ordered to leave their homes.

Hurricane Irma has already left a trail of destruction in the Caribbean, affecting an estimated 1.2m people.

At least 20 people are known to have died so far.

Irma has been downgraded to a category four storm, but officials warn that it remains "extremely dangerous".

The US National Weather Service said Irma was expected to bring wind speeds of around 270km/h over the weekend as it hits Florida.

"Hurricane Irma continues to be a threat that is going to devastate the United States in either Florida or some of the south-eastern states," Mr Long said.

The death toll continued to rise on Friday in the Caribbean.

France's Interior Minister Gérard Collomb said nine people were dead and seven missing in the French territory on St Martin, an island shared with the Netherlands, and St Barthélemy, known more commonly as St Barts. Another death - the second - has been confirmed in the Dutch territory of Sint Maarten.

French officials said six out of 10 homes on Saint-Martin were so badly damaged that they were uninhabitable.

The US Consulate General in Curacao said it believes an estimated 6000 Americans are stranded on the island.

French, British and Dutch military authorities have deployed aid - including warships and planes equipped with food, water and troops - to their territories.

Reporting from another badly damaged island, Barbuda, the BBC's Laura Bicker said the destruction there was worse than feared. 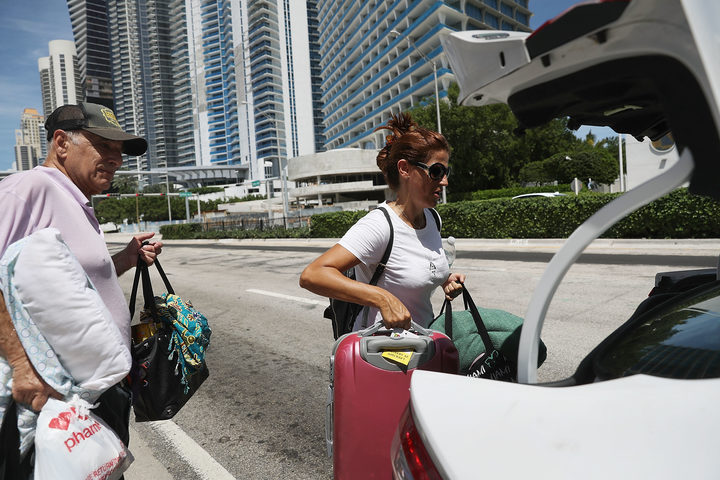 Where is Irma - and where next?

The storm, which most recently lashed the Turks and Caicos islands and brought torrential rain to the Dominican Republic and Haiti, was headed towards Cuba and the Bahamas.

The worst of the storm is expected to hit east and central Cuba, with the eye of the storm predicted to pass between the north coast of Cuba and the Bahamas, the National Hurricane Center (NHC) said.

About 50,000 tourists are fleeing or have fled Cuba, with resorts on the north coast now empty.

A huge evacuation of south-eastern, low-lying coastal areas in the Bahamas has been ordered. The tourism ministry said in a video statement that thousands of tourists left before the storm's arrival.

South Florida "may be uninhabitable for weeks or months" because of the storm, the US National Weather Service said.

"If you look at the size of this storm, it's huge," Florida Governor Rick Scott said yesterday (NZT).

"It's wider than our entire state and could cause major and life-threatening impacts on both coasts - coast to coast."

US President Donald Trump said: "I can say this: Florida is as well prepared as you can be for something like this. Now it's just a question of what happens."

Mr Trump's own Mar-a-Lago estate in Palm Beach is among those ordered to evacuate, the Washington Post tweeted.

After ripping through Florida's Atlantic coast, the storm is expected to move into Georgia and South Carolina.

Georgia Governor Nathan Deal said a mandatory evacuation on the state's Atlantic coast was scheduled to begin on Saturday.

Roads and airports have been jammed as thousands of people tried to evacuate areas at risk, with reports of fuel shortages and gridlock on some roads.

Many tourists are stranded with no seats left on flights back to their countries as flights to and from airports in Florida are being suspended.

Hot on Irma's trail is Hurricane Jose, which has intensified into a category 4 hurricane overnight.

Jose is about 700km east-southeast of the Northern Leeward Islands and is tracking along approximately the same path Irma has taken through the Caribbean.

At present, Jose has maximum sustained winds of 240km per hour.