South Korea says it has seen indications that the North is preparing more missile launches, possibly an intercontinental ballistic missile. 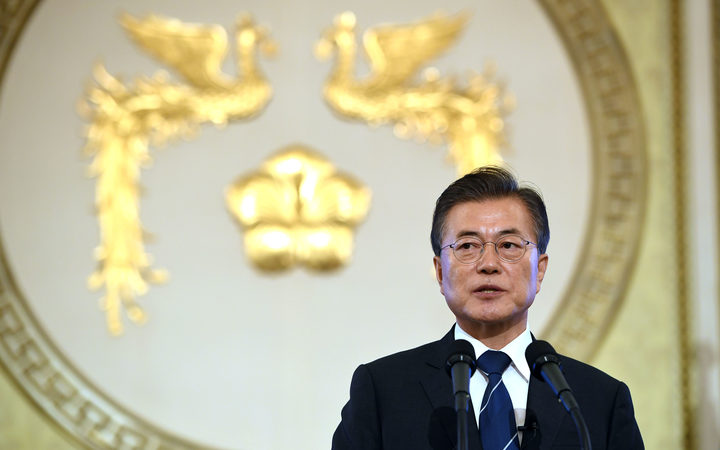 Defence officials have been briefing parliament in Seoul after the North's test of a nuclear bomb at the weekend.

The South has responded to the test with live-fire exercises, with both ground- and air-launched rockets.

The US has warned that any threat to itself or its allies would be met with a "massive military response".

The North said it tested a hydrogen bomb that can fit on to a long-range missile.

Pyongyang has repeatedly defied UN sanctions and international pressure by developing nuclear weapons and testing missiles, and the provocations have only intensified.

In the past two months it has conducted intercontinental ballistic missile tests, sending one over mainland Japan into the Pacific Ocean. It has also threatened to fire missiles towards the US Pacific territory of Guam.

The United Nations Security Council is to hold an emergency meeting later on Monday to discuss its response.

Ahead of that meeting, South Korea and Japan's leaders had agreed to push for a stronger UN resolution on North Korea, said a South Korean presidential palace spokesman.

The ministry also told parliament the US would seek to deploy a nuclear-powered aircraft carrier to seas off the peninsula.

It also said there would be more live-fire drills this month, involving Taurus air-to-surface missiles mounted on F-15 jets.

Monday's drills by the South simulated the targeting of the Punggye-ri nuclear site in Kilju County, where North Korea carried out its bomb test.

"The training demonstrates the South Korean military's resolve to destroy not only the origin of provocation but also the enemy's leadership and supporting forces if they threaten the security of our people," army spokesman Col Roh Jae-cheon is quoted as saying by South Korea's Yonhap news agency.

South Korea and the US had also agreed "in principle" to revise current guidelines so that the South could double the maximum payload of its ballistic missiles, Yonhap also reported.