While many regions in Australia are cleaning up after ex-Cyclone Debbie, residents in Rockhampton in central Queensland are being warned of a potentially record-breaking flood this week. 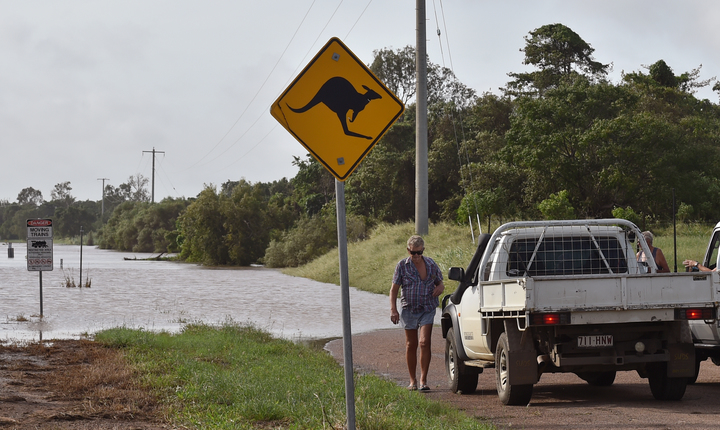 Flooding in the Burdekin River in Ayr in Queensland on Thursday. Photo: AFP

Three people are dead, thousands of people were ordered to evacuate and hundreds of homes were flooded after cyclone Debbie swept Australia's east coast.

Rockhampton Regional Council said 5400 properties, including 3000 homes, would face inundation when the Fitzroy River reaches major flood levels on Monday and then peaks as high as 9.4m on Wednesday - a level not seen since 1954.

Rockhampton resident Allan Stock said he would not leave anything to chance with his home set to go under in the suburb of Depot Hill.

He expected his high-set home will be waist deep on the second floor. 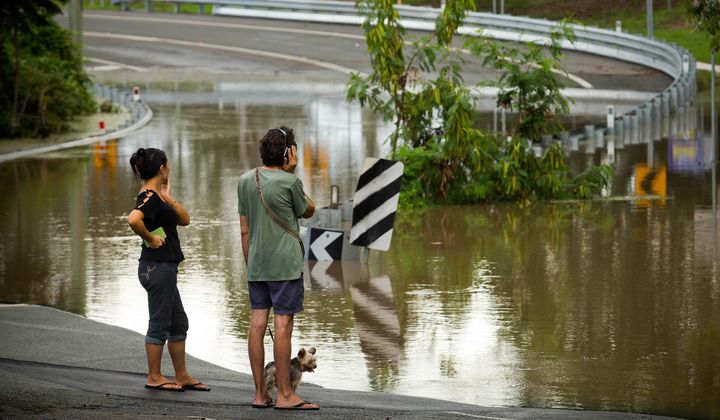 Police Superintendent Ron Van Saane said people should keep off the roads and leave their homes early as the floodwaters rose.

He said authorities were working to ensure properties were not looted.

"Got an extra 30 police coming up from various parts of the state - some water police and mounted officers arriving as well," he said.

An evacuation centre has been set up at the Rockhampton showgrounds.

Superintendent Van Saane said people should stay with friends and family and only use the evacuation centre as a last resort. 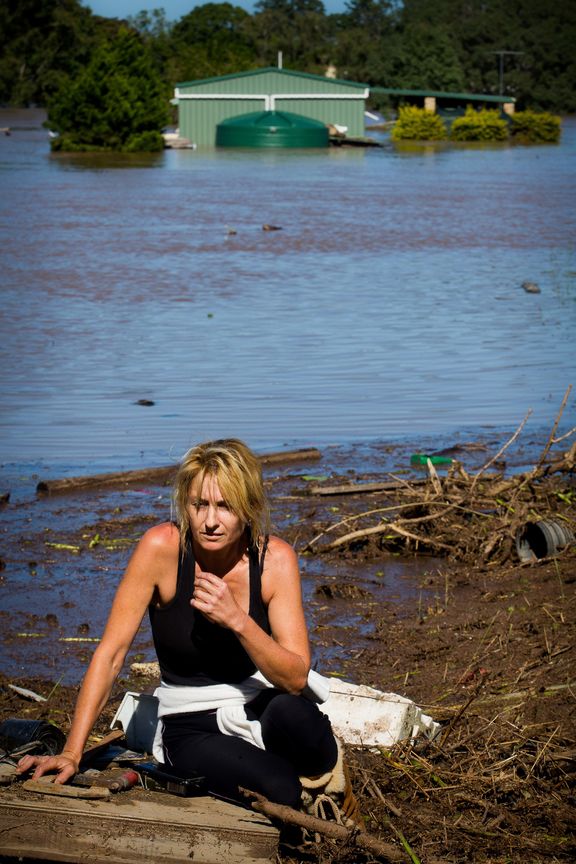 Cassey Bentley reacts to the discovery of her flooded home in North MacLean, Brisbane on 1 April. Photo: AFP

Premier Annastacia Palaszczuk said Rockhampton residents had been through floods before and knew what to do to prepare.

"But this one, as I said yesterday, this one is going to be a big one," she said.

The cyclone tore through north Queensland on Tuesday.

Ms Palaszczuk called for people to offer their help and said it was not known how much the disasters across Queensland would cost.

The Whitsundays Regional Council said the region was still in disaster management mode.

"Everyone's had storm tide inundation and most people have had between half-a-metre and a metre-and-a-half of saltwater obviously through their place, awnings ripped off, windows smashed out - one house was actually totally demolished."