Finance ministers from the world's top 20 economies have backed off a pledge to free trade, after opposition from the Trump administration. 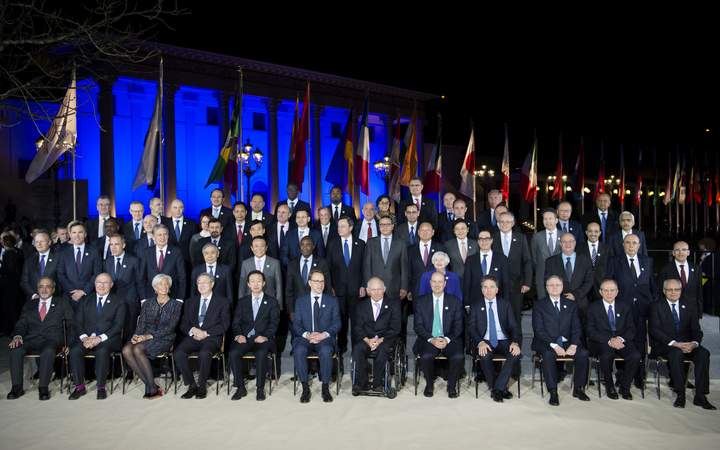 Breaking a decade-long tradition of endorsing open trade, G20 finance ministers and central bankers made only a token reference to trade in their communique on Saturday, a clear defeat for host nation Germany which fought the new US government's attempts to water down past commitments.

That was just a year after the group, made up of the world's 20 largest economies, vowed to "resist all forms of protectionism".

They also removed from their statement a pledge to finance the fight against climate change, an anticipated outcome after U.S. President Donald Trump called global warming a "hoax".

In a meeting that some said was at times 19 against one, the US did not yield on key issues, essentially torpedoing earlier agreements as the G20 requires a consensus. Still, the dialogue was friendly and non-confrontational, leaving the door open to a future deal, officials who attended the meeting said.

After the meeting, the US said it still believed in free trade but wanted to correct some excesses.

Mr Trump is aggressively pursuing his "America First" policy, which includes penalties for companies which manufacture their products abroad.

He has already pulled out of the Trans Pacific Partnership agreement, and proposed a new tax on imports, arguing that certain trade relationships need to be reworked to make them fairer for US workers.

At the meeting in the German resort town of Baden Baden, US Treasury Secretary Steven Mnuchin said it was his first G20

"So what was in the past communique is not necessarily relevant from my standpoint,"

Still, the dialogue was friendly and non-confrontational, leaving the door open to a future deal, officials who attended the meeting said.

The communique also did include pledges on a determination to fight tax avoidance, clamp down on terrorist financing and strengthen private investment in Africa.