NATO and its partner countries, including New Zealand, will have to stay in Afghanistan for a long time, the organisation's head says. 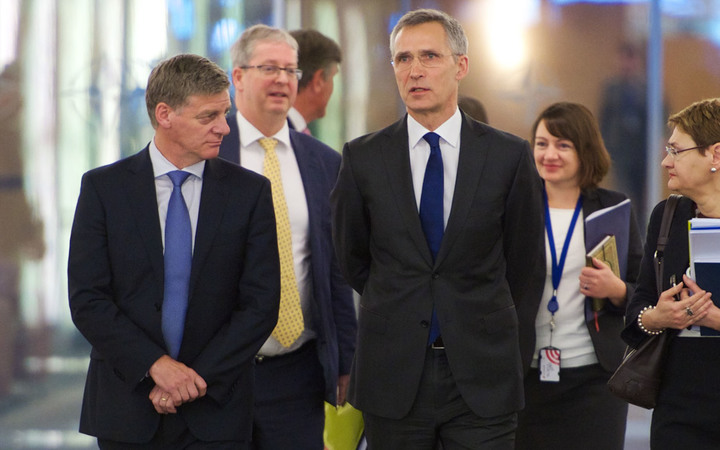 New Zealand is not a member of NATO but has a partnership agreement with it.

Mr Stoltenberg thanked New Zealand for its help in training and strengthening Afghan forces so they could protect their own country.

"I believe we have to stay for a long time, exactly how - well that we have to [assess] and develop as times evolves, but we are ready to be committed to Afghanistan," he said.

Mr English said it was important to hear NATO's opinion on the security situation in Europe.

"While we're not directly affected by some of the more recent instability and changes in different countries' views, the decisions that are made about that ultimately affect New Zealand."

In July, the government announced New Zealand troops would stay in Afghanistan until mid-2018 to help train local soldiers. It also increased the number of trainers from eight to 10.