A suicide bomber has killed at least 27 people and wounded 35 in an explosion at a crowded Shia mosque in the Afghan capital Kabul. 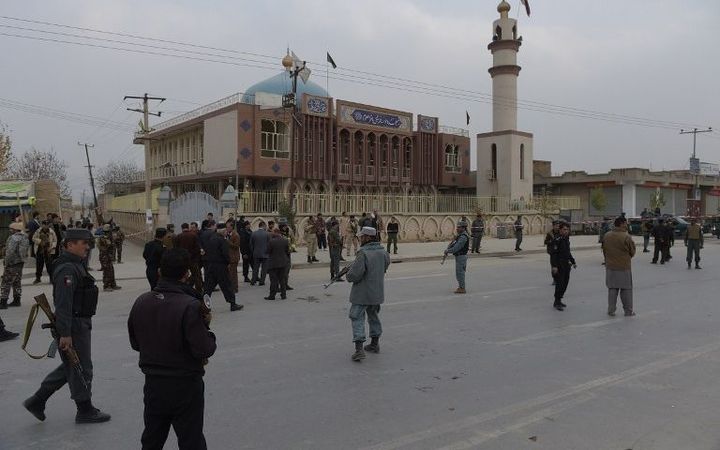 Afghan security personnel gather after a suicide blast at a Shiite mosque in Kabul. Photo: AFP

Officials say the attacker entered the Baqir ul Olum mosque during a ceremony.

Many more were wounded in the blast at an annual Shia ceremony at the Baqir ul Olum mosque in the west of the city.

The attacker arrived on foot and blew himself up among worshippers inside.

Islamic State said that it was behind the blast. It is the latest of several recent attacks on Afghanistan's Shia community claimed by the Sunni Muslim militant group.

Police gave the figure of 27 dead, but the UN Assistance Mission in Afghanistan said 32 were killed and more than 50 injured. Some reports suggest a higher number of wounded.

IS said the attack was carried out by an IS "fighter" but gave no other details on its self-styled Amaq news agency.

In July, more than 80 people were killed in an attack on a demonstration by the mainly Shia Hazara minority that was claimed by Islamic State militants.