Changes to gut microbes can influence the development of Parkinson's-like movement disorders, according to a study of mice predisposed to the neurological condition. 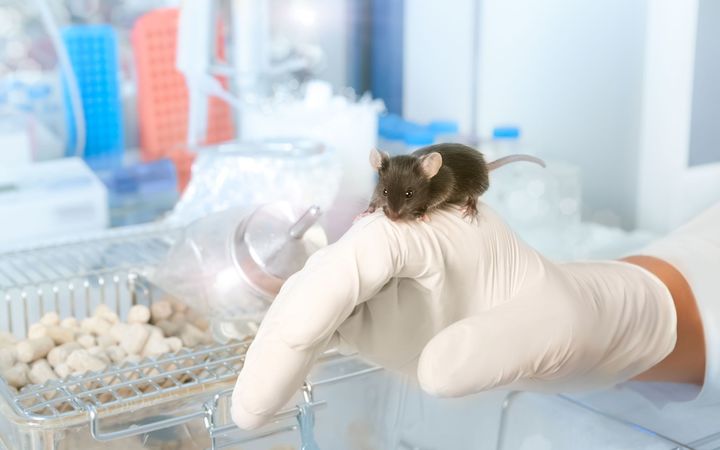 While previous studies have proposed a link between gut microbes and Parkinson's disease, this study is the first to show a clear biological relationship, reported the authors in the journal Cell.

"This research reveals that a neurodegenerative disease may have its origins in the gut, and not only in the brain as had been previously thought," said the study's senior author, Dr Sarkis Mazmanian of the California Institute of Technology.

"It opens entirely new possibilities for treating patients, though more work needs to be done before these mouse studies can be translated to humans."

About 10 million people around the world suffer from Parkinson's disease.

Gender and age have been established as important factors involved in the development of the disease as well as certain environmental factors, such as tobacco use, caffeine consumption and pesticide exposure.

People with Parkinson's disease accumulate a protein called alpha-synuclein in their neurones, which aggregates into clumps and affects the function of brain regions involved in controlling movement. This results in the typical Parkinson's symptoms such as tremors, muscle stiffness and other motor disorders.

Researchers for the study used a special type of mouse that is genetically predisposed to express an excess of alpha-synuclein, resulting in movement malfunctions typical of Parkinson's disease.

In another set of experiments, researchers treated the mice raised under normal conditions with antibiotics targeting their gut microbes and found a similar effect as being raised in a sterile environment: the mice showed reduced Parkinson's-like disorders.

The researchers then transplanted the gut microbes from people with Parkinson's disease and healthy controls into the genetically predisposed mice.

The findings suggested changes in the microbiome of people with Parkinson's disease may contribute to their disease.

Dr Filip Scheperjans, a neurologist at Helsinki University Hospital whose current research is centred on the role of microorganisms in Parkinson's disease, said the "landmark study" gives us important insights in how gut microbiota and Parkinson's disease may be interconnected.

"It suggests a causal connection between microbiota, alpha-synuclein pathology and Parkinsonism," he said, adding that the main way this may happen may be via the impact on the immune system of chemicals produced by the bacteria.

But Dr Scheperjans urged caution on the interpretation of these results for human purposes.

He said the levels of alpha-synuclein produced by this mouse model were probably much higher than what is normally present in people with Parkinson's disease.

"The jump to humans is a bit messier, but in the long run I think there is important therapeutic potential in altering the microbiota," Dr Bertrand said.

"I think quite a bit more work is needed to find out how to alter the microbiota correctly and for each individual person."