US President-elect Donald Trump will work very rapidly on issues like healthcare and immigration, he said. 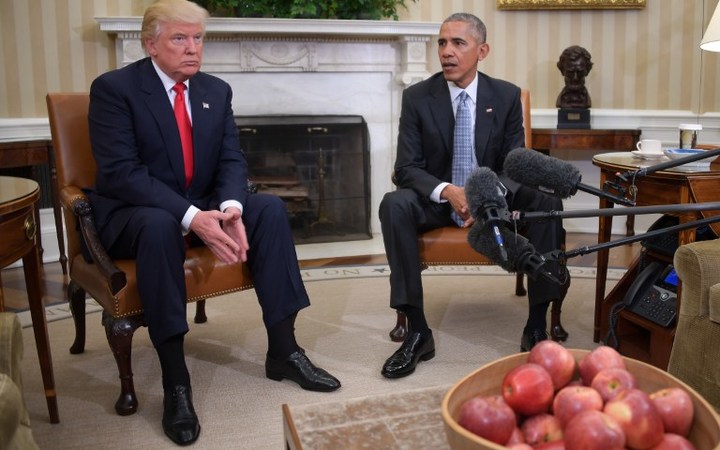 "We are going to lower taxes, as you know," he said, and added: "I think we are going to do some absolutely spectacular things for the American people.

"In fact we can't get started quickly enough.

"Whether its healthcare or immigration, so many different things, we'll be working on them very rapidly, and we'll be putting things up very quickly." 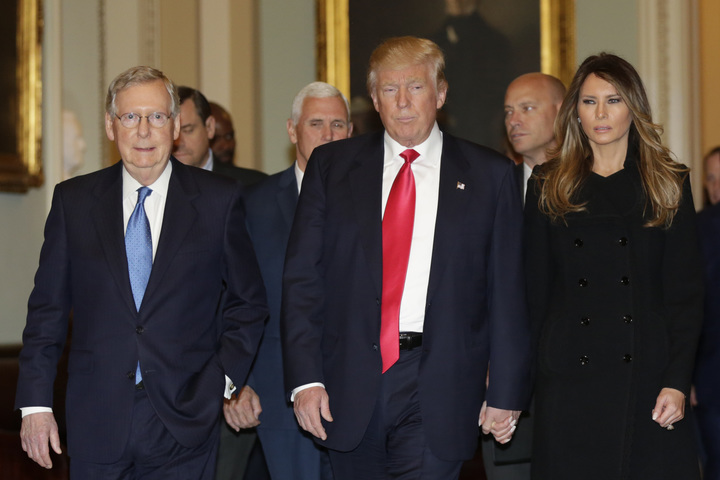 Mr Trump and Mr Obama talked in the White House in a meeting that was supposed to last 10 minutes and instead stretched to almost an hour-and-a-half.

Republican president-elect Mr Trump said he discussed "a lot of different situations" with President Obama in their Oval Office meeting.

The meeting was the first public step in a transition of power after a bitterly fought election campaign.

Mr Obama, who described the meeting as a "wide-ranging conversation" said the pair talked about foreign and domestic policy.

"The meeting lasted for almost an hour-and-a-half and as far as I am concerned it could have gone for a lot longer," he said.

The two men have had almost no one-on-one contact previously. Trump led the "birther" movement that questioned President Obama's US citizenship and has pledged to overturn the Democrat's signature policy achievements after he takes office on 20 January.

Mr Obama campaigned vigorously for Hillary Clinton and called Mr Trump both temperamentally unfit for the presidency and dangerously unprepared to have access to US nuclear codes.

"Michelle took the chance to brief the incoming first lady and we had an excellent conversation with her as well".

Mr Obama reiterated previous comments that despite his major differences with the New York real estate manate, he would now support him.

"We now are going to want to do everything we can to help you succeed because if you succeed the country succeeds."

Mr Trump said it was an honour to meet Mr Obama and "I look forward to being with you many, many times in the future".

As their joint press conference came to a close, reporters began shouting questions. Mr Obama said the pair would not answer questions. As the reporters continued to bombard them with queries, Mr Obama leaned over, and with a smile on his face, said to Mr Trump, "That's a good rule - don't answer the questions when they just start yelling."

While Democratic politicians in Washington were urging cooperation with the newly-elected president, anti-Trump demonstrators across the United States late on Wednesday were showing no sign of conciliation.

"Not my president," shouted hundreds in New York. Demonstrators sat down on a highway interchange in Los Angeles blocking traffic and 1800 people in Chicago chanted "No Trump! No KKK! No racist USA" outside the Trump International Hotel and Tower.

Republican Chris Christie, who is leading Trump's transition team, told NBC's Today program, "We heard a lot about the peaceful transfer of power during this election, and I think you'll see that symbolised today." 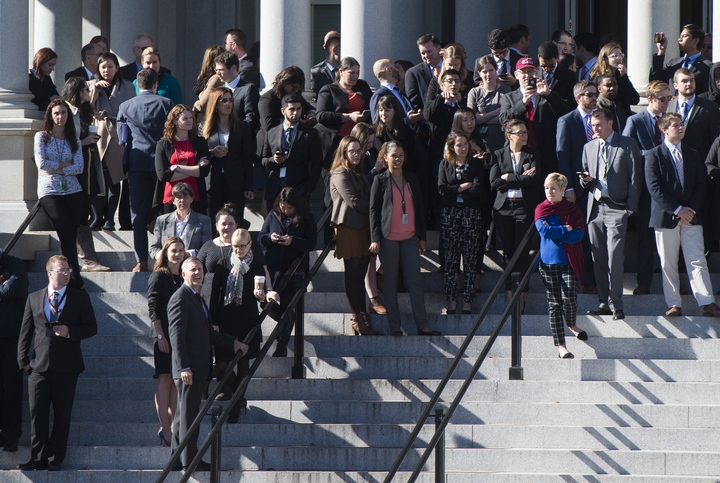 White House staff wait for the arrival of President-elect Donald Trump for his meeting with President Barack Obama. Photo: AFP

Asked whether Trump would apologise to the president for questioning his birthplace and legitimacy, the New Jersey governor, who could end up with a job in the Trump administration, said the controversy was just politics, adding: "They have a lot more important things to talk about."

Mr Trump will begin his time in office with Republican majorities in both chambers of the US Congress that could help him implement his legislative agenda and scrap or roll back Obama policies that he dislikes, such as the "Obamacare" healthcare law, the nuclear deal with Iran and US participation in the Paris agreement to fight global warming.

White House spokesman Josh Earnest said Obama would brief Trump about the benefits of those policies during their meeting. 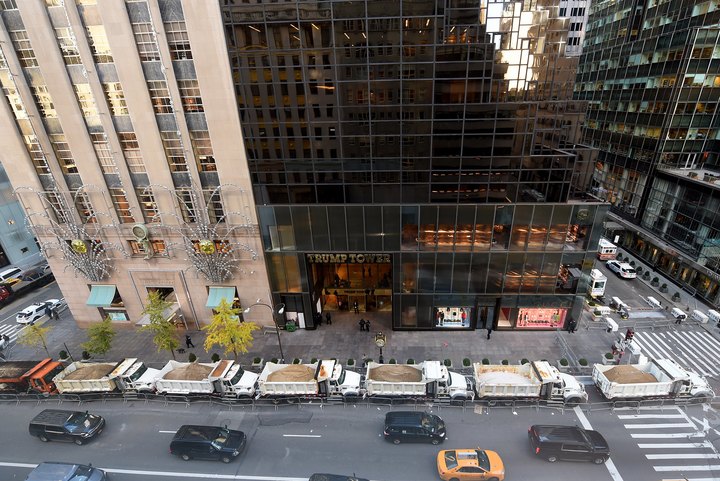