Indonesian President Joko Widodo has blamed "political actors" for fanning violence at a mass protest in Jakarta which called for the resignation of the capital's governor. 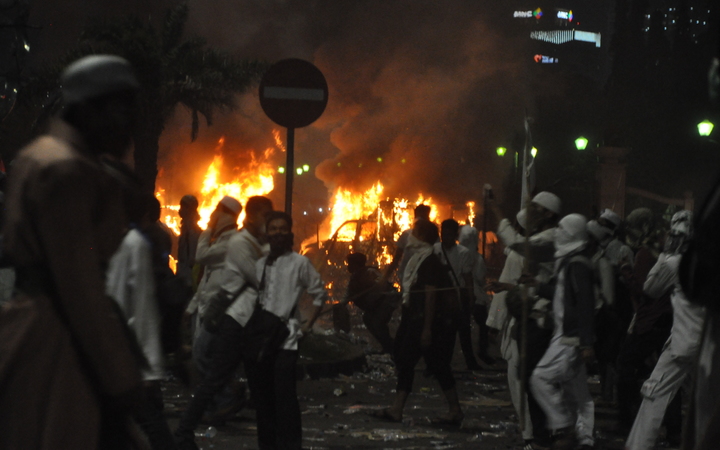 One person died and more than 100 were injured at the protest on Friday, police said, with Muslim extremists pressing for Christian Governor Basuki Tjahaja Purnama to step down over accusations he insulted the Koran.

At a news conference, Mr Widodo said he blamed "political actors" for fanning popular anger over Governor Purnama, who is standing for re-election in February, competing with two Muslim candidates for the job.

The governorship of the capital is a powerful position, held by Mr Widodo before he became president two years ago.

Mr Widodo, a Muslim, has vowed not to interfere in any legal proceedings against Mr Purnama, his ally.

He told the news conference that any legal process involving Mr Purnama would be executed "swiftly, firmly and transparently".

He criticised politicians, who he did not name, for inciting die-hard protesters after most had already gone home.

"We deplore the incident ... [that] should have already disbanded but became violent," he said.

"And, we see this was steered by political actors who were exploiting the situation."