A week from the US presidential election two new opinion polls show Donald Trump ahead of Hillary Clinton.

Democrat Mrs Clinton and Republican rival Donald Trump are barnstorming key states of Florida and Pennsylvania in the final days of the campaign. 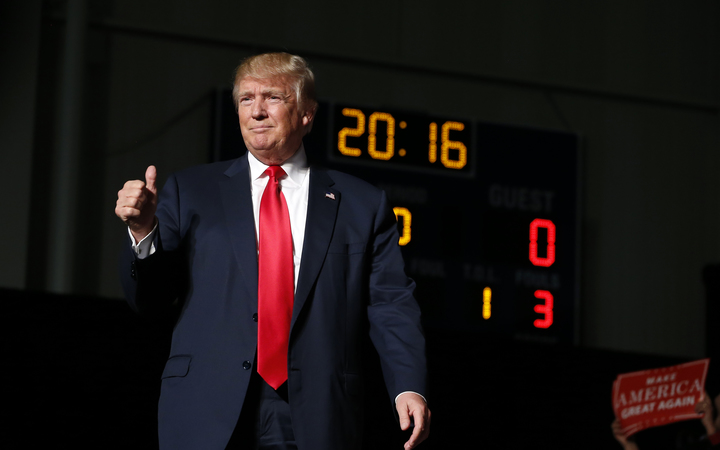 The latest polls are released as the Clinton team works to contain damage from the FBI's latest email investigation.

The Washington Post-ABC News poll has Mr Trump on 46 percent to Mrs Clinton's 45 percent support - a one-point lead which is within the poll's margin of error.

When third-party candidates are asked which major-party candidate they lean towards, the margin is 48-47 to Mrs Clinton, the Washington Post said of its poll, which was carried out from Thursday to Sunday.

However other polls have Mrs Clinton in the lead.

The BBC's poll of polls, puts Mrs Clinton ahead, though with her lead narrowing. The poll of polls looks at the five most recent national surveys and takes the median value.

And the latest Reuters/Ipsos poll on Monday gave a 44-39 lead to Mrs Clinton. 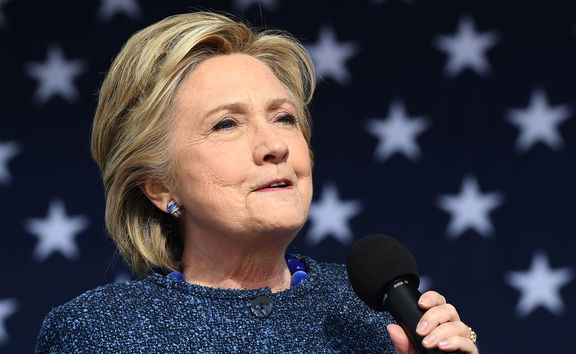 The Clinton campaign has criticised FBI Director James Comey for "blatant double standards" over its new inquiry into Mrs Clinton's email use.

Campaign manager Robby Mook made the accusation after allegations that Russian hackers targeted the Democrats in an effort to skew the election in favour of Mr Trump.

Mr Comey was against making the hack public before the election, according to US media.

Mr Mook called on Mr Comey to "immediately explain this incongruence and apply the same standard to Donald Trump's associates as he has applied to Hillary Clinton's."

The FBI announced on Friday a review of new emails that might relate to its probe into her use of a private email server while she was secretary of state.

That investigation ended in July when the Bureau cleared her of any criminal wrongdoing but Mr Comey said these new emails "appear to be pertinent" to the case and investigators are reviewing them.

Meanwhile, a new new Gallup poll released on Tuesday found that 67 percent of Americans said Mr Trump lacked the personality and leadership qualities to serve in the White House.

That's worse than any White House candidate on record, according to Gallup. The firm posed the same question to voters in late October in 2000, 2004 and 2008 presidential elections.

The poll found 47 percent said she did not have the personality and leadership skills for the presidency while 51 percent agreed she was fit to serve.

In Mr Trump's first rally of the day, in Pennsylvania, he attacked Obamacare and vowed to rebuild the US military. He later renewed his pledge to replace the healthcare initiative.

Meanwhile, Variety has announced its support for Hillary Clinton in the entertainment trade magazine's first presidential endorsement in its 111-year history.