Clown costumes should be a Halloween no-go to avoid whipping up hysteria, police are warning.

But a costume hire company says their biggest seller is something potentially much scarier: Donald Trump.

People in clown masks have caused fear and panic in the United States, Europe and Australia over the last few months, reportedly threatening children and forcing some American schools to shut.

The phenomenon has spread to New Zealand in recent weeks. 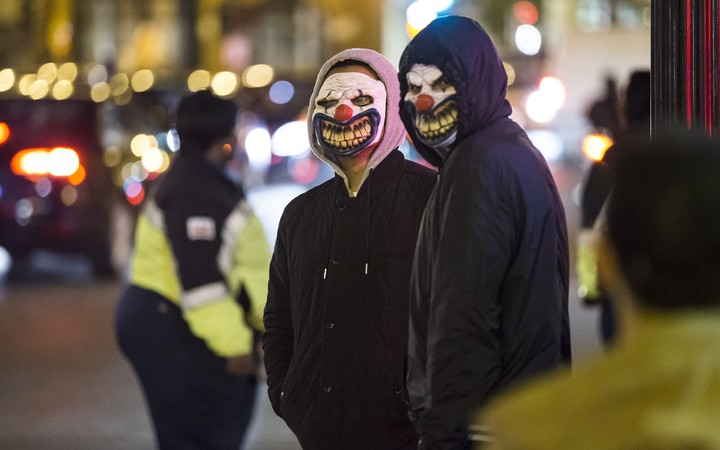 Incidents of people dressed as clowns and frightening people have been reported in several countries Photo: AFP

Inspector Dave Glossop said people should steer clear of the idea as a Halloween costume.

"Our recommendation is to not stir people up by dressing as clowns in case it creates hysteria."

First Scene Costume Hire head of costumes Jacqui Whall said the company had only one request for a clown costume this year, from a young boy who wanted to go trick-or-treating - but his mother said no.

"Scary clowns have always been a fixture of horror movies but we haven't had much interest this year - I'm not sure if people are steering clear of the idea because of what's been in the news or it just hasn't caught anyone's imagination," Ms Whall said.

Instead, the most popular costumes this year were the character Harley Quinn from the movie Suicide Squad - and Donald Trump.

"We get calls about them from interested people every day."

She had only heard of one person dressing up as Hillary Clinton. 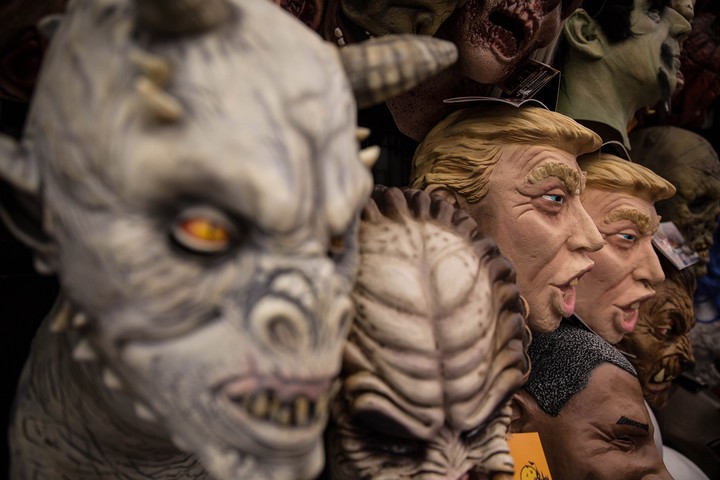 Donald Trump masks are displayed at a Halloween costume store in Mexico. Trump costumes are proving popular in New Zealand too this year. Photo: AFP

The company put a huge amount of preparation into Halloween, Ms Whall said.

"I've been doing this for 15 years now so we've got it down to a fine art. Because it is getting more popular every year, we have to start ordering stock in March and April."

Police said they would have a high profile in the community tonight as people celebrated.

Mr Glossop said they wanted people to have a good time, be responsible and look after their friends.

"We are not the fun police - we want people to have a good time and have a good sense of humour, but be responsible with alcohol."