Hillary Clinton has harnessed some celebrity star power in Florida as a new email discovery by the FBI threatens her presidential campaign. 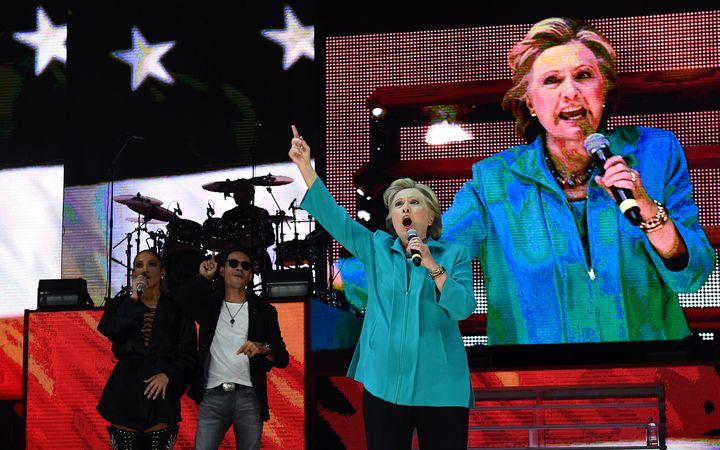 US Democratic presidential nominee Hillary Clinton speaks as singer Jennifer Lopez and Marc Anthony look on during “Go Out to Vote” concert at the Bayfront Park Amphitheater in Miami. Photo: AFP

Musician and actor Jennifer Lopez headlined a free concert in Miami as part of a star-studded effort to get out the vote and energize volunteers.

"We're at a crossroads and we have to take the right road to the future," Lopez shouted to screaming fans in rain gear who danced through rain and a shower of red, white and blue confetti. 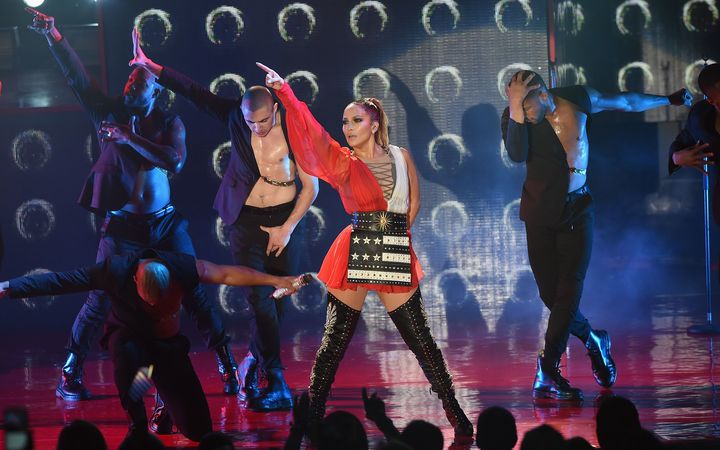 Jennifer Lopez performs at the Hillary Clinton campaign's Get Out The Vote concert on October 29, 2016 in Miami, Florida. Photo: AFP

The concert provided some visual counter-programming to the latest email revelations weighing on Democrat nominee's race to win the White House ahead of the 8 November election.

The Federal Bureau of Investigation said on Friday it was investigating more emails as part of a probe into Clinton's use of a private email system.

The furore was launched when FBI director James Comey - a Republican appointed by Barack Obama - said that his bureau was looking at new emails from Mrs Clinton's time as Secretary of State. 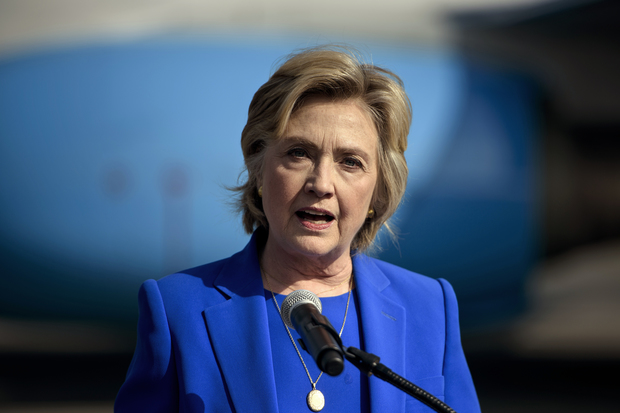 On Friday, just 11 days before the presidential election, Mr Comey wrote to Congress, saying the FBI had learned of fresh emails which may be "pertinent" to its previous inquiry into the Democratic presidential candidate's use of a private server when she was secretary of state.

He has been heavily criticised by Clinton supporters - and according to the New York Times, justice department officials - for his decision to make the information public so close to polling day.

US media reported Mr Comey defending his decision to brief US lawmakers on the bureau's moves to look again into Democrat presidential nominee Hillary Clinton's email use.

He said not making it public would be "misleading".

He was aware of a risk of being "misunderstood", given that the FBI did not know the significance of the newly found emails.

Sources close to the investigation say the latest emails were discovered as part of a separate probe into Anthony Weiner, the estranged husband of a top Clinton aide Huma Abedin.

Mr Weiner, a former congressman, is the target of an FBI investigation into illicit text messages he is alleged to have sent to a 15-year-old girl.

In a memo, reported by the NYT, Fox News and the Associated Press, Mr Comey acknowledged that "we do not ordinarily tell Congress about ongoing investigations".

But he said he felt an "obligation" to do so given that he had previously testified that the FBI investigation was complete.

Mrs Clinton has urged the FBI to give "full and complete facts immediately". 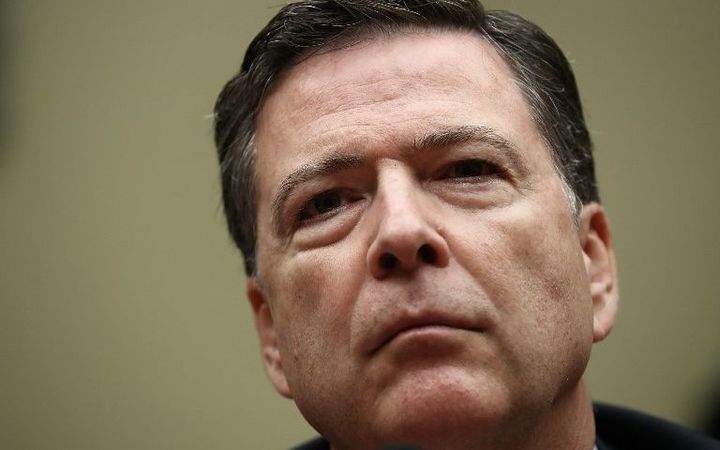 James Comey has been heavily criticised by Clinton supporters for making the information about fresh emails public so close to election day. Photo: AFP

Mr Podesta said that 24 hours from Mr Comey's revelation, there was no real explanation for why he had decided to send that letter. The more that information had emerged, he said, "the more it seems overblown".

The FBI has already established that Mrs Clinton had held classified information on a private email server.

In July, Mr Comey said Mrs Clinton's handling of sensitive material during her tenure as secretary of state was "extremely careless", but cleared her of any criminal wrongdoing.

The latest emails were discovered as part of a separate investigation into the estranged husband of top Clinton aide, Huma Abedin.

Devices belonging to her and Anthony Weiner, a former high-flying congressman, were seized in an investigation into whether he sent sexually explicit emails to a 15-year-old girl in North Carolina. 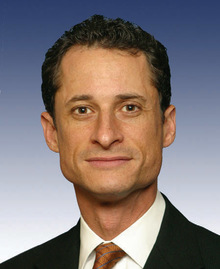 The latest emails were discovered during an investigation into Anthony Weiner. Photo: Wikimedia Commons

Mrs Clinton said she was "confident" the investigation into the emails would not change the FBI's original finding in July.

"It's imperative that the bureau explain this issue in question, whatever it is, without any delay," she told reporters on the campaign trail in Des Moines, Iowa, on Friday.

Mr Trump said the move was the "biggest political scandal since Watergate", referring to the 1970s scandal that engulfed then-Republican President Richard Nixon.

He said he has "great respect" for the FBI and the justice department, now that they were "willing to have the courage to right the horrible mistake that they made" in ending the investigation earlier.

The former secretary of state's private email server was first revealed in March 2015 by the New York Times.

She did not immediately express regret, and said the main reason for her "hdr22@clintonemail.com" address was "convenience".

Soon after that she apologised in an interview with ABC News, and has since said sorry to voters a number of times.

Opinion polls suggest Mrs Clinton is four points ahead of Mr Trump, according to a Real Clear Politics average.