The head of the FBI may have broken the law, US Democrat Senate leader Harry Reid says, by revealing it was investigating emails linked to Hillary Clinton. 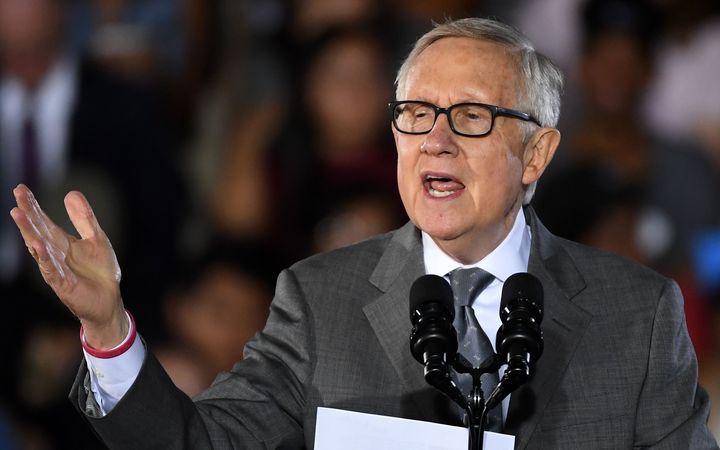 Mr Reid has accused FBI director James Comey of "partisan actions", saying he may have violated an act which bars officials from influencing an election.

He also accused him of withholding what he described as explosive information about close ties between Donald Trump and the Russian government.

News of the FBI inquiry comes less than two weeks before the US election.

Meanwhile, the FBI has reportedly obtained a warrant to search a cache of emails belonging to a top Clinton aide.

Emails from Huma Abedin are believed to have been found on the laptop of her estranged husband, former congressman Anthony Weiner.

The FBI believes the emails might be "pertinent" to its previous inquiry into Mrs Clinton's use of a private server when she was secretary of state in the Obama administration.

The case was closed in July without any charges being brought against Mrs Clinton.

Mr Weiner is subject to a separate investigation on suspicion of sending sexually explicit messages to an underage girl.

In a letter, Mr Reid accused Mr Comey of practising double standards with the intention of helping one political party over another.

He said Mr Comey may have violated the Hatch Act, which bars officials from using their position to influence an election.

"Through your partisan actions, you may have broken the law," he said.

The FBI was advised by the US justice department not to inform Congress of a new inquiry into Mrs Clinton's email use, officials said.

Justice department officials said the move would be inconsistent with rules designed to avoid the appearance of interference in an election.

Mr Comey acted independently when he briefed lawmakers in a letter on Friday.

Mrs Clinton said the move was "unprecedented" and "deeply troubling". 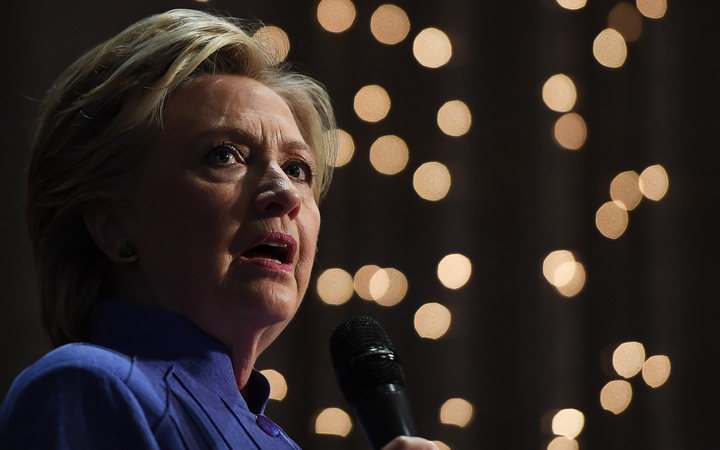 Leading Democratic senators have written to Mr Comey and to Attorney General Loretta Lynch urging them to provide more details about the investigation by Monday.

But Republican opponent Donald Trump has praised the FBI's decision.

Speaking at a rally in Phoenix on Saturday, Mr Trump accused the justice department of protecting the Democratic presidential candidate in a "rigged system".

"The Department of Justice is trying their hardest to protect the criminal activity of Hillary Clinton," Mr Trump said, offering no evidence for the assertion.

In his letter to Congress, Mr Comey said the FBI had learned of fresh emails which might be "pertinent" to its previous inquiry into Mrs Clinton's use of a private server when she was secretary of state in the Obama administration.

Mr Comey, who has served in government under both Democratic and Republican presidents, has insisted that not making the inquiry public would be "misleading".

It is not clear what the emails contain or how significant they are to the investigation.

Speaking to supporters in Florida on Saturday, Mrs Clinton said: "It's not just strange, it's unprecedented. And it is deeply troubling because voters deserve to get full and complete facts.

"So we've called on Director Comey to explain everything right away, put it all out on the table."

Mrs Clinton has said she is confident the investigation into the emails will not change the FBI's original finding in July, which criticised her but cleared her of any illegal acts.

Clinton campaign chairman John Podesta said the Mr Comey's handling of the matter was "inappropriate" and the information provided was "long on innuendo" and "short on facts". 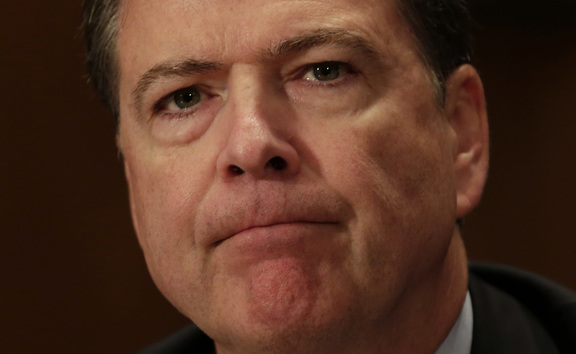 FBI director James Comey is being criticised by Hillary Clinton's camp and praised by Donald Trump's for announcing the new inquiry just ahead of the election. Photo: AFP

Mrs Clinton's running mate Tim Kaine told NBC TV show Meet the Press the FBI director owed it to the public to be more forthcoming about the emails.

"We don't know whether they're to or from Hillary at all," the Virginia senator said. "[If he] hasn't seen the emails, I mean they need to make that completely plain. Then they should work to see the emails and release the circumstances of those once they have done that analysis."

But Mr Trump's running mate Mike Pence praised Mr Comey's decision, saying the emails showed Mrs Clinton was a "risky choice" and the Clinton campaign was practising the "old playbook of the politics of personal destruction" by "targeting the director of the FBI and questioning his personal integrity".

Mr Trump's campaign manager, Kellyanne Conway, told CNN that Mr Comey would have been accused of interfering in the election if he had not disclosed the newly discovered emails were under investigation.