Hillary Clinton's campaign chairman, John Podesta, says the FBI is investigating whether Russia was behind a hack on his private email. 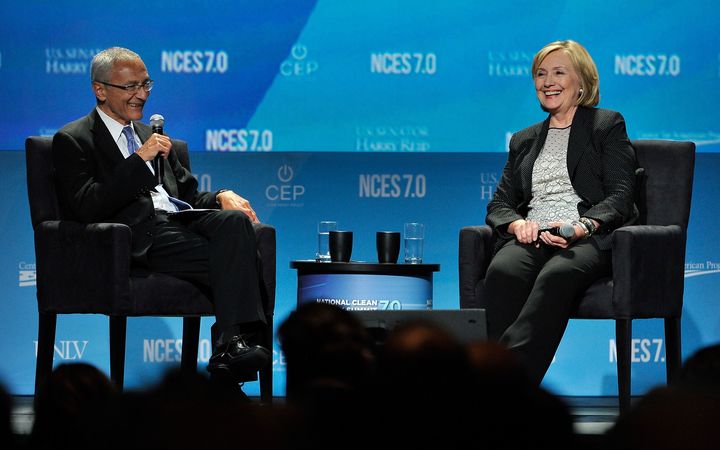 His remarks came after WikiLeaks this week released thousands of messages from his email account. Last week, it posted excerpts from Democrat presidential candidate Mrs Clinton's private speeches to banking and financial firms.

Mrs Clinton's campaign has claimed the Kremlin is trying to help Mr Trump win the White House and took its allegations a step further on Tuesday when Mr Podesta accused the Trump campaign of colluding with Russia.

The top adviser to Mrs Clinton said the FBI inquiry was part of a wider probe into hacks on the Democratic Party by groups with Russian ties.

"I've been involved in politics for nearly five decades," Mr Podesta said. "This definitely is the first campaign that I've been involved with in which I've had to tangle with Russian intelligence agencies, who seem to be doing everything they can on behalf of our opponent."

The longtime aide to Mrs Clinton pointed to a tweet by Mr Trump's adviser Roger Stone in August that said Mr Podesta's "time in the barrel" was coming. However, the tweet was posted shortly after WikiLeaks released thousands of hacked emails from other Democratic officials

Mr Podesta also claimed Mr Stone had been in touch with WikiLeaks founder Julian Assange, but acknowledged evidence was "circumstantial". Mr Stone told the AP news agency that Mr Podesta's claims were "categorically false" while WikiLeaks tweeted that it "has had no contact with Roger Stone".

In Moscow, Russian President Vladimir Putin insisted his country was not involved in an effort to influence the US presidential election.

Mr Putin said nothing in the hacking scandal was in Russia's interests and said all sides in the US presidential campaign were misusing rhetoric about Russia for their own purposes.

Mr Putin said his government would work with whoever won the U.S. election, "if, of course, the new U.S. leader wishes to work with our country." 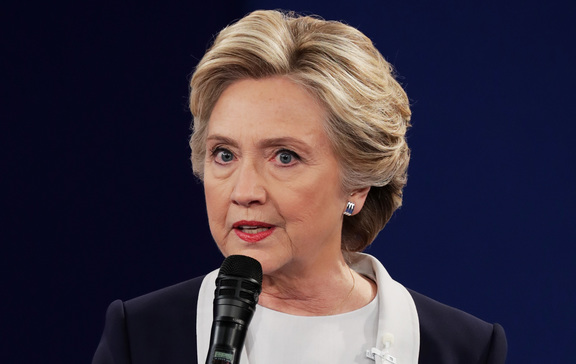 The Clinton campaign has not verified the authenticity of the leaked emails, adding that they could have been altered. "The pattern is they hack, they leak truthful things, and then they build up to leaking documents that are either doctored or wholly fabricated,'' said Mrs Clinton's spokeswoman, Jennifer Palmieri.

The latest batch of emails offer a glimpse into Mrs Clinton's political network, suggesting that Donna Brazile, Democratic National Committee interim chairman, had given the nominee advance notice of a question she would be asked at a CNN town hall event. Ms Brazile denied any impropriety on Tuesday.

Mr Podesta also speculated that the timing of the first WikiLeaks release on Friday was intended to distract from the explosive 2005 footage showing Mr Trump making obscene comments about groping women.

US relations with Russia have taken a central role in the presidential election.

Mrs Clinton has questioned Mr Trump's praise for Russian President Vladimir Putin as a strong leader, his connection to Russian businessmen and his criticism of the Nato alliance.

Last week, US intelligence officials said the Russian government was behind a series of hacks aiming to influence the presidential election.

When asked about Mr Trump's lewd comments about women, he said there were "pussies" on both sides.