Wikileaks says an unidentified "state actor" has shut down internet access for its founder Julian Assange. 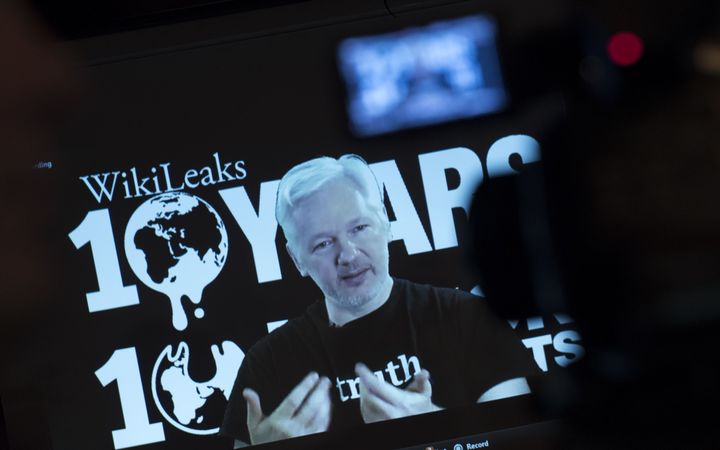 Julian Assange spoke at an event celebrating 10 years of WikiLeaks in Berlin, via video link from Ecuador's embassy in London, where he has taken refuge since 2012. Photo: AFP

The transparency activist has been claiming asylum at London's Ecuadorean embassy since 2012 to avoid extradition over sex assault allegations.

There was no way to immediately verify if he had been knocked offline, and if so, how - or whether a state actor was suspected.

The anti-secrecy organisation did not return calls and emails on Monday, though it said in a tweet: "We have activated the appropriate contingency plans."

A woman who picked up the phone at the Ecuadorean embassy said: "I cannot disclose any information."

The Wikileaks claim follows the latest emails it disclosed from a hack of Clinton campaign chairman John Podesta's emails.

It released three transcripts on Saturday of Mrs Clinton's paid speeches to Goldman Sachs, which her campaign had long refused to release.

The scripts reveal her bantering relationship with the investment bank's executives, which is unlikely to allay fears among liberal Democrats that she is too cosy with Wall Street.

The Democratic White House candidate's camp has claimed the cyber-breach was orchestrated by Russian hackers with the aim of undermining the US democratic process.

While Mrs Clinton's team has neither confirmed nor denied the leaked emails are authentic, there have been no indications they are fake. 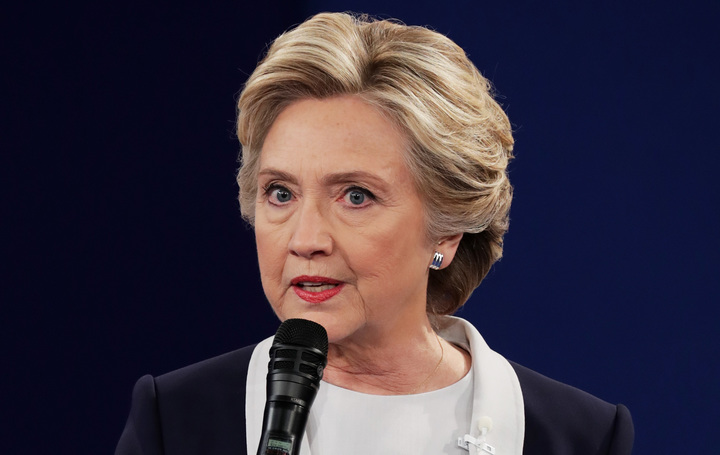 According to the latest leaked emails, Mrs Clinton told a Goldman Sachs conference she would like to intervene secretly in Syria.

She made the remark in answer to a question from Lloyd Blankfein, the bank's chief executive, in 2013 - months after she left office as secretary of state.

"My view was you intervene as covertly as is possible for Americans to intervene," she told employees of the bank in South Carolina, which had paid her about $225,000

Mrs Clinton - who is accused of being hawkish by liberal critics - added: "We used to be much better at this than we are now. Now, you know, everybody can't help themselves.

"They have to go out and tell their friendly reporters and somebody else: Look what we're doing and I want credit for it."